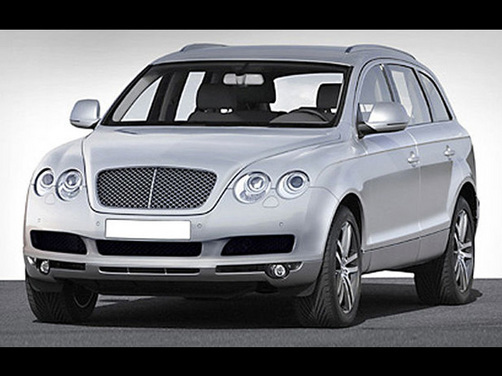 Also Read - Karim Morani's Daughter Zoa Morani on Sister Shaza Contracting COVID-19: She Had no Symptoms, I Had

Porsche received a lot of brickbats when it developed the Cayenne – here was a sportscar manufacturer that was creating an SUV! But the numbers have since converted the most vociferous protesters; every other Porsche sold is one of the SUV's variants. Bentley, another property of the VW-Porsche alliance, seems to be considering the expansion into the SUV space. It helps that Bentley's current CEO, Wolfgang Duerheimer, was Porsche's development chief when the Cayenne was being developed.  Also Read - British PM Boris Johnson Shifted to Intensive Care Unit as His Coronavirus Symptoms 'worsened'

The luxury SUV market is a growing one, with players like the Porsche Cayenne, Mercedes-Benz GL-Class, and Range Rover experiencing healthy sales figures. We're not sure how well Bentley's “best in the world handicraft” philosophy will draw the SUV market, which appears to be attracting those who like their SUVs 'cool', but the Continental has managed to attract an ardent following, so we're going to wait and watch.  Also Read - 'If PM Modi Doesn't Allow...': Trump Warns India of 'Retaliation' if US Order of Hydroxychloroquine Not Released