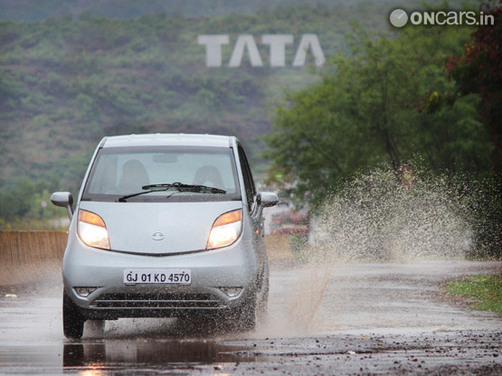 The Nano has been a difficult product for Tata Motors. First there was the unrealistic target of price – and then the price of raw materials like steel went up significantly. That was followed by the Singur land fiasco. Tata Motors moved to Gujarat, started rolling out the vehicle and the fires began. At long last the Nano is selling in decent numbers, and now the Singur issue has cropped up again – but with a completely different problem. Also Read - Won't Pursue Executive Chairmanship of Tata Sons, or Directorship of TCS: Cyrus Mistry

The land that Tata Motors acquired for the plant has not been used by the manufacturer so far, so the West Bengal government is intent on handing the land back to the farmers that owned the land previously. It is so intent, in fact, that it has formed a law called the “Singur Land Rehabilitation and Development Act 2011” which compels Tata Motors to hand over the acquired land back to the previous owners. This is quite an impractical solution, especially if Tata's claims that 90 per cent of the land was developed is true. Tata also claims that it is evaluating the land for use in other projects but hasn't come to a decision yet. Also Read - Tata Sons Moves Supreme Court Against NCLAT Order to Re-appoint Cyrus Mistry as Company Chairman

The true pitfall is the law that the West Bengal has passed – it is commendable that they've managed to get the bill passed in such a short time, but it goes against the Centre's laws.  There is a precedent – in a judgement passed in 1997, the Kerala High Court ruled that any land once acquired for a public purpose has land left over, the remaining bits should be put up for public auction. Firstly, the land being fought over isn't surplus land – Tata Motors still claims that the land will be put to some use at a point in the future. Whether the Tata plant can be viewed as a public purpose is a moot point, but the Singur Land Rehabilitation Act 2011, if it sticks, will be a precedent for other states to form laws convenient to them and opposed to the Centre. The Supreme Court, where the case is currently being contested, is not giving a verdict either way. Theoretically the only way the West Bengal government's act can remain in force is by Presidential assent.

We don't know at this stage what will happen with the land, but one thing we can say with certainty: it'll be a long time before any auto manufacturer puts the state of West Bengal on their list of “places to scout for new plant.”