The Rolls Royce 103EX: The luxury automobile for the future

Rolls Royce has unveiled their autonomous concept car for the future and its nothing like anything you have seen before. 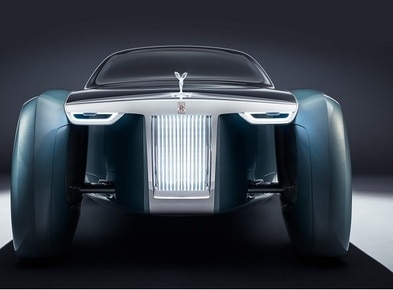 Rolls Royce today raised the curtains off the Vision Next 100, its concept car for the future. Owned by BMW, the vehicle comes in tune with the 100th birthday celebrations of the German manufacturer. Called the 103EX, this concept luxury car is what the future Rolls Royce could be based on. Well if that’s the plan, then the future looks quite bright. The 103EX is a fully autonomous vehicle with a zero emission power terrain. Just like every other concept vehicle, this one is quite bonkers to look at as well. (Image Source: Rolls Royce) Also Read - Watch: One Year Old Briggs Has Become The Youngest Influencer To Earn ₹75,000 Month Just By Travelling 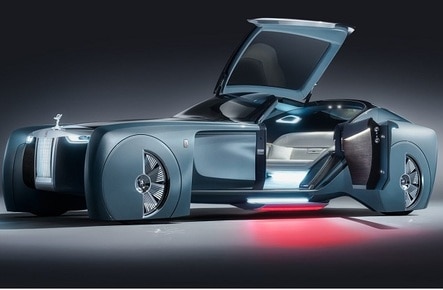 The front facia bears the iconic Rolls Royce attributes. A large chrome grille flanked on both the edges by sleek headlights and the Spirit of Ecstasy at her full rigor on top of it all. Talking about the Spirit of Ecstasy, she is not longer just a fancy item that pops up out of the hood every now and then. This time around she has a name and a voice as well. Called Eleanor, she is now your computerized chauffer and much more in the 103EX Vision Next 100. (Image Source: Rolls Royce)

It’s not just the Spirit of Ecstasy which has been given a name. The cabin of the 103EX is called the ‘Grand Sanctuary’ by Rolls Royce in which you sit on a ‘Luxurious Throne’. Facing you is a large OLED screen for you to ogle at while Eleanor ferries you to your next business appointment. When you arrive at the said business appointment, the 103EX makes sure you arrive in style. The car not only opens its coachdoors for you but also its roof as well. Yes, the 103EX is fitted with an canopy that opens up to let its passengers in and out standing up. As far as the zero-emission power terrain is concerned, nothing has been revealed about it yet.