Here is a complete list of the top 5 compact SUVs on sale in India that include the likes of the Hyundai Creta, Renault Duster, Honda BR-V, Mahindra Scorpio and Nissan Terrano.

The SUV space in India has seen a lot of new car launches in 2016 which include the Maruti Suzuki Vitara Brezza, Honda BR-V, the new Toyota Fortuner and the recently launched Hyundai Tucson to name a few. The SUV segment in India is divided into various sub segments from the sub-compact SUVs and the compact SUVs to premium mid-size SUV to full blown premium luxury SUVs. SUVs as the name suggest, provide comfort, commanding road presence, powerful engines and off-road capabilities till some extent. Today we take a look at the top 5 compact SUVs on sale in India that include the likes of the Hyundai Creta, Renault Duster, Honda BR-V, Mahindra Scorpio and Nissan Terrano. Also Read: Top 4 sub-compact SUVs of 2016 Also Read - Renault to hike vehicle prices in India by up to 1.5% from Jan 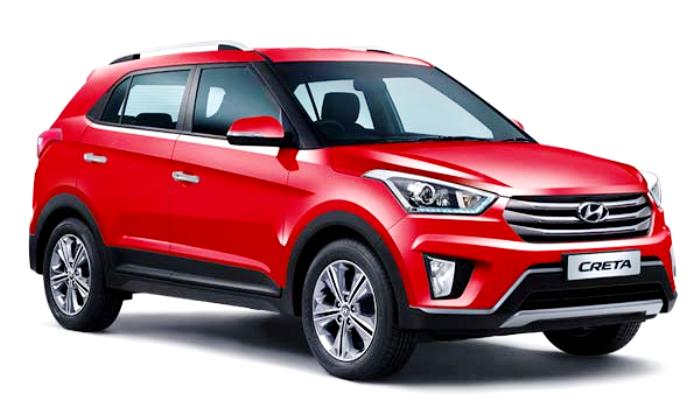 The Hyundai Creta was launched in India in July 2015. The compact SUV has received tremendous success since launch and has been the number one compact SUV in its segment with over 1 lakh units sold so far. Hyundai recently showcased the 2017 Creta facelift at the 2016 Sao Paulo Motor Show in Brazil which is expected to be launched in India by mid-2017. The Hyundai Creta is feature rich and comes with features like touch-screen infotainment system, automatic climate control, keyless entry, leather upholstery for seats, Electrically Adjustable Rear View Mirror, Rear Parking Sensor, Rear Parking Camera and Push Start Stop Button among others.

The Hyundai Creta comes with one petrol and two diesel engine options. The petrol variant is powered by a 1.6-litre Gamma VTVT petrol engine that produces 121 BHP of maximum power and 151 Nm of peak torque. The lower powered diesel variant gets a 1.4-litre U2 CRDi diesel units that produces 89 BHP of power and 220 Nm of peak torque while the more powerful 1.6-litre CRDi diesel engine produces 126 BHP of maximum power along with 260 Nm of peak torque. Transmission options include a 6-speed manual gearbox while a 6-speed automatic transmission is also available on all the engine options. The Hyundai Creta is powered between INR 9.22 lakh to INR 14.58 lakh (ex-showroom Delhi). Read More: Best of 2016: Top 7 Mid-Size Sedans of India 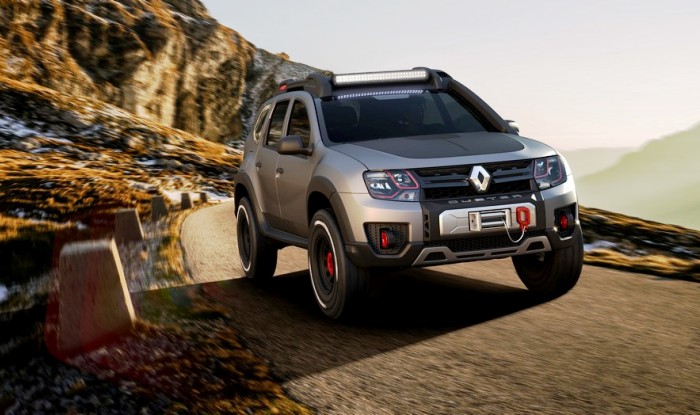 The Renault Duster has been one of the bestselling models for the French carmaker in India after the Renault KWID. Renault India showcased the updated Renault Duster 2016 facelift at the 2016 Auto Expo in Delhi while the SUV was launched in India in March 2016. The car comes with features like touch-screen Media Nav infotainment system, keyless entry, automatic climate control and leather upholstery among others while safety features include dual front airbags, ABS with EBD, Brake Assist, ESP (Electronic Stability Programme), Hill Start Assist and the likes.

The Renault Duster is available in both petrol and diesel engine options while the diesel engine comes with two states of tune. The petrol Duster is powered by a 1.6L K4M petrol engine that churns out 102 BHP of power along with 145 Nm of peak torque. The diesel variant is powered by a 1.5 dCI K9K THP diesel engine that produces 84 BHP of power and 200 Nm of torque in the lower state of tune while the engine pumps out 108 BHP of max power and 248 Nm of peak torque in the higher state of tune. Transmission duties are handled by a 5-speed manual gearbox on the petrol and base diesel variant while a 6-speed manual is available on the high powered diesel variant. The diesel variant is available with a 6-speed Easy-R AMT gearbox. The Renault Duster is available in the price range of INR 8.54 lakh to INR 13.78 lakh (ex-showroom Delhi). Also Read: Best of 2016: India’s Top 6 Compact Sedans 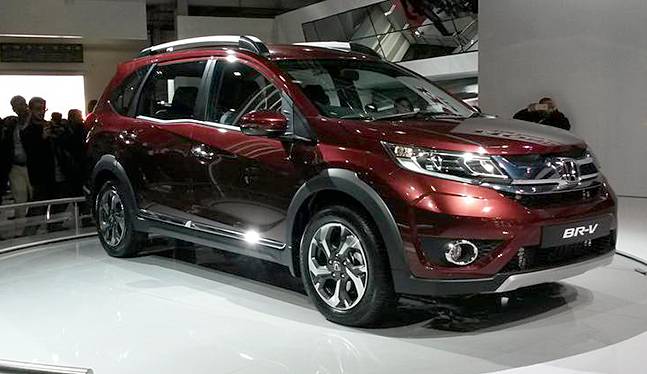 Earlier this year in May 2016, Honda Car India launched the all new Honda BR-V compact SUV in India to compete against the Hyundai Creta and the Renault Duster. The BR-V is essentially a 7-seater MPV that has been moulded in to an SUV. The car gets a commanding SUV like stance from the front while the side profile of the car gives way for its MPV like dimensions. Features on the Honda BR-V include automatic climate control, integrated music system with 6-speakers, Keyless Start/ Button Start, rear AC vents, leather seat upholstery and Electrically Adjustable & Retractable ORVMs among others while safety features include dual front airbags, ABS and EBD.

The Honda BR-V is comes powered by a petrol and a diesel engine. Powering the petrol variant is a 1.5L i-VTEC petrol engine that produces 118 BHP of power and 145 Nm of peak torque. On the other hand, the oil burner is powered by a 1.5L i-DTEC diesel unit that pumps out 99 BHP of maximum power while developing 200 Nm of peak torque. Both the engines come mated to a 6-speed manual gearbox while the petrol variant also comes equipped with a CVT automatic transmission. The Honda BR-V is priced in the range of INR 8.88 lakh to INR 13.04 lakh (ex-showroom Delhi). 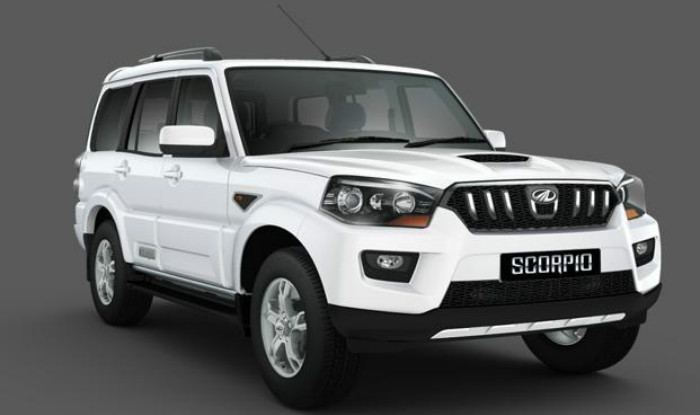 The Mahindra Scorpio has been the oldest compact SUV in its segment which was launched back in 2002 in India. The SUV has received numerous updates over a period of time while the car received a major facelift in 2015. Mahindra recently launched the 1.99-litre variant of the Scorpio in Delhi NCR while the company also introduced the Intelli-Hybrid technology on the Scorpio. The Mahindra Scorpio comes with features like automatic climate control, touch-screen infotainment system with GPS navigation, rear AC vents, fabric seat upholstery, Electrically Adjustable ORVMs, projector headlamps and LED DRLs. On the safety front, the SUV comes equipped with dual front airbags, tyre pressure monitoring system, ABS and EBD among others.

The Mahindra Scorpio is powered by a 2.2-litre mHawk diesel engine while the same engine also comes with a engine capacity of 1.99-litre that produces the same power figures. The mHawk diesel engine is capable of producing 120 BHP of maximum power and 280 Nm of peak torque. This engine comes mated to a 5-speed manual transmission while a 6-speed automatic transmission is available in higher variants. The Scorpio also gets optional 4WD system while the SUV is priced in the range of INR 9.99 lakh to INR 15.32 lakh (ex-showroom Delhi). 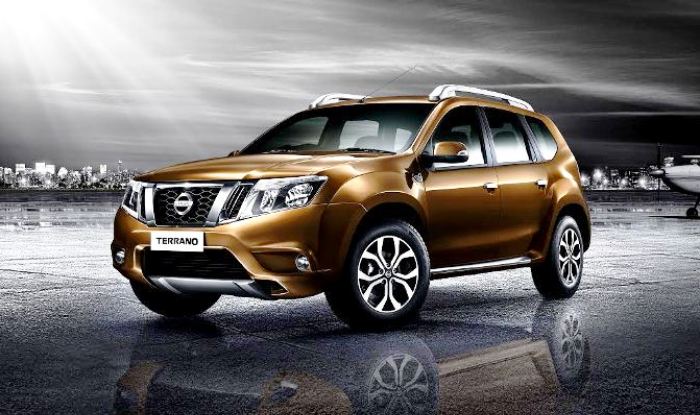 The Nissan Terrano is a premium SUV that is based on the Renault Duster platform. The Terrano is another popular SUV to come from the Renault-Nissan Alliance. Being a premium SUV, the Nissan Terrano comes with features like touch-screen Media Nav infotainment system, Rear AC vents, automatic climate control, keyless entry, rear parking sensors, leather upholstery, Electrically Adjustable & Retractable ORVMs among others. Safety features on the Terrano include dual front airbags, ESP (Electronic Stability Programme), ABS with EBD and Brake Assist to name a few.

Similar to the Renault Duster, the Nissan Terrano also comes powered by the same petrol and diesel engine options. The oil burner is powered by a 1.5 dCI K9K diesel engine that is capable of producing a maximum power of 84 BHP along with a peak torque of 200 Nm in the lower powered engine while the higher powered engine produces a maximum power of 108 BHP while developing a peak torque of 248 Nm. The petrol variant of the Nissan Terrano is powered by a 1.6L K4M petrol engine that produces 102 BHP of maximum power and 145 Nm of peak torque. Transmission options include a 5-speed manual gearbox and a 6-speed manual gearbox while the diesel variant also gets a 6-speed Easy-R AMT gearbox. The Nissan Terrano is available in the price range of INR 9.99 lakh to INR 13.75 lakh (ex-showroom Delhi).