The year 2017 will be off to a good start with 5 big launches in the first three months itself, from Maruti Suzuki, Tata and Hyundai.

The year 2016 has been disappointing in many ways, but the Indian automotive market has seen quite a few big launches. From the Maruti Suzuki Vitara Brezza that became the Indian Car of the Year 2017 to the supercar killer Nissan GT-R and 13 models from Mercedes-Benz, 2016 has been a busy year. Meanwhile, the year 2017 is shaping up to be promising as well. The market will see 5 big launches right in the first quarter of the calendar year, from Maruti Suzuki, Tata and Hyundai. Take a look at what you can expect to roll onto Indian roads before the next tax filing season rolls in. Also Read - Tata Motors Launches Limited Edition Tiago at Rs 5.79 lakh | Check Features Here 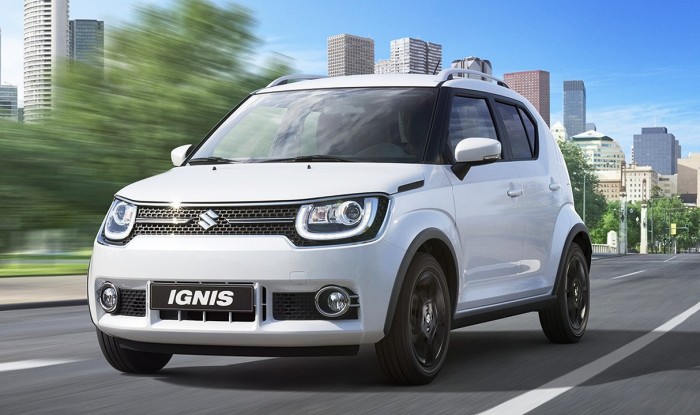 The year is going to start with a big bang with Maruti Suzuki s new small crossover. Set to launch on 13 January 2017, the Ignis has been a highly awaited car in India ever since it was shown at the 2016 Auto Expo in February. The crossover was set to launch way before, but production issues caused Maruti to postpone the launch until early next year. But it is better late than never, and Ignis is still going to be entering a relatively less competitive segment of sub-4-metre crossovers like the Mahindra KUV100. The vehicle has been met with rave reviews internationally, where it has been launched as the Suzuki Ignis. Also Read: Maruti Suzuki Ignis: 5 things we know so far

In India, the Ignis will be less feature-rich but will still get a long list and a spot as the entry-level model at Nexa premium dealerships. The tall-boy stance of the Ignis is reminiscent of the Wagon R and Ritz that it replaces, but it gets a heavy dose of styling with its LED daytime running lights, grille-infused headlights, flared wheel arches, high ground clearance and more. The Ignis will get Maruti Suzuki s 1.3-litre DDiS diesel engine and a 1.2-litre petrol unit. The 1.2-litre petrol unit will deliver 84 bhp of power and 114 Nm of torque, while the diesel one will deliver 74 bhp and 190 Nm. 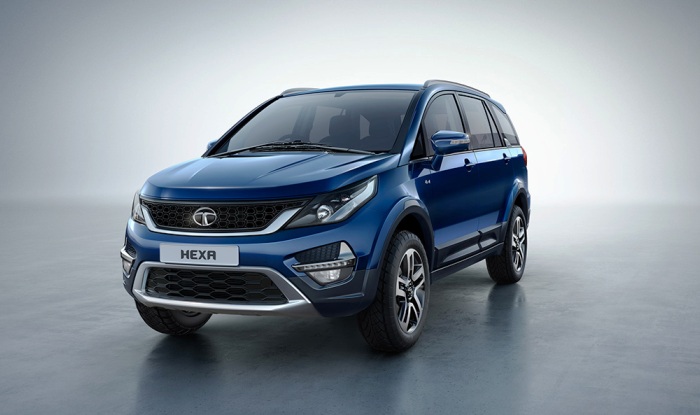 Five days after the Maruti Suzuki Ignis lands in India, Tata will launch its own crossover SUV and its new flagship, the Tata Hexa. The Hexa will be decidedly larger than the Ignis though, with a wheelbase of 2,850 mm and length of 4,788 mm, placing it beyond the sub-4-metre space that the Ignis is competing in. Set to be available in 5 trims and 14 variants, the Hexa will be available as a six-seater or seven-seater, and with two-wheel or four-wheel drive. Its other features will include GPS navigation, automatic climate control, a 10-speaker Harman audio system, and more. For safety, the car will get ABS with EBD, electronic stability, six airbags, brake assist and cruise control. The SUV will get a basic 2.2-litre Varicor diesel engine that delivers 148 bhp and 320 Nm, and a bigger 2.2-litre Varicor 400 diesel engine that delivers 154 bhp and 400 Nm. Also Read: Tata Hexa launch on 18 January 2017 with 14 variants; price, images, specifications and features 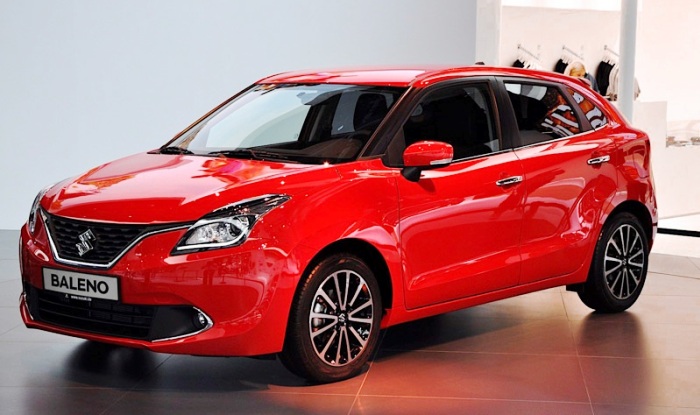 In the second month of 2017, Maruti Suzuki will mark another major launch: the performance-focused variant of its highly popular premium hatchback, the Baleno. The automaker will launch the Maruti Suzuki Baleno RS 1.0 BoosterJet at its Nexa showrooms, taking on another segment that has limited players at the moment. The only other noteworthy performance hatchbacks in the segment are the Volkswagen Polo GT TSI, Fiat Punto Abarth and, to an extent, the Ford Figo. The new Maruti Suzuki Baleno RS will get the turbo-charged 1.0-litre BoosterJet petrol engine that delivers 110 bhp of power and 170 Nm of peak torque. The engine will be mated to a five-speed manual or CVT auto transmission. Apart from power, the Baleno RS will also offer features like a SmartPlay touch-screen infotainment system with Android Auto and Apple CarPlay support, cruise control with ESP, leather upholstery and more. Also Read: Maruti Baleno RS: All you need to know 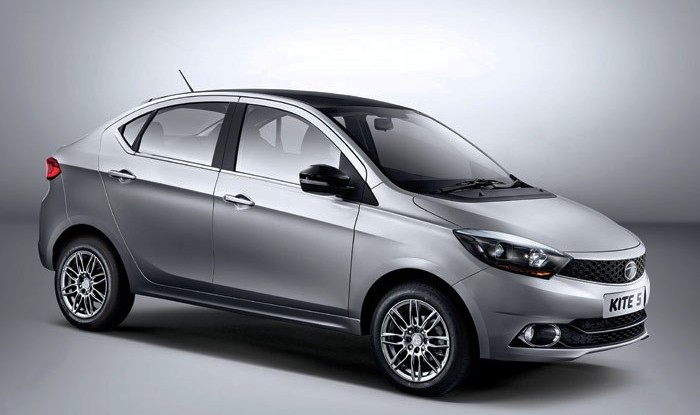 The Tata Kite 5 is the latest sub-4-metre segment sedan that will enter India, and the first one to launch in 2017. Expected to launch before March 2016, the Kite has already been spied in its production-ready avatar, suggesting that it is out of the test phase and ready to enter Indian roads in its final version. The Kite 5 is essentially the sedan version of the very popular Tata Tiago hatchback, carrying forward the same design. The front fascia and much of the sides of the Kite 5 are almost the same as that of the Tiago, in accordance with Tata s HorizonNext design language. The front of the Kite 5 gets the same wide grille with back-swept headlights infused to it. Also Read: Production-ready Tata Kite 5 spotted; ready for launch in 2017

There are chrome lines as well up front on the grille, and on the rear boot lid as well as the window line. The rear gets an LED light strip and wraparound taillights. The boot has been well integrated into the hatchback design of the Tiago, with the roofline swooping down to meet the raised boot. The Kite 5 sedan will get the same 1.2-litre Revotron petrol engine delivering 84 bhp of power and 114 Nm of torque and a possibly more powerful version of the 1.05-litre turbocharged diesel engine from the Tata Tiago that delivers 70 bhp of power and 140 Nm of torque. 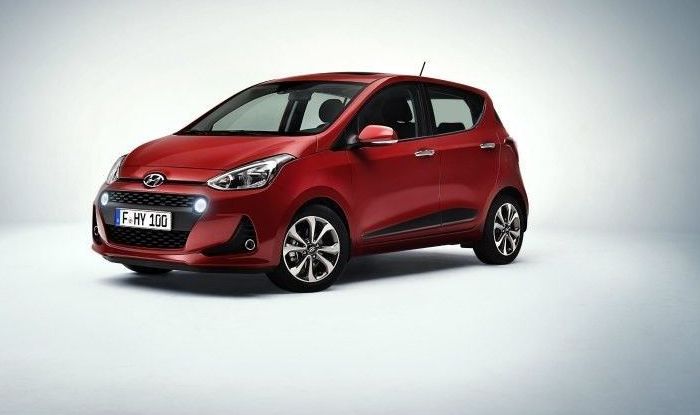 The next expected launch before the first three months of 2017 end is the 2017 Hyundai Grand i10 facelift. The Grand i10 has been a big seller for the South Korean carmaker in India, and the company plans to continue this performance by giving a facelift to the hatchback. Hyundai already unveiled the 2017 Hyundai Grand i10 facelift earlier in 2016, although it has been keeping mum about what the India-spec version will look like. A camouflaged version of the facelifted Grand i10 was spotted recently in India. The new Hyundai Grand i10 gets the company s new Fluidic Sculpture 2.0 design language, and in all likelihood the model that is coming to India will also be similar to the one unveiled internationally. The new 2017 Hyundai Grand i10 gets subtle changes that give it a refreshed look, like backswept headlights, LED daytime running lights, a chrome-laden hexagonal grille and 14-inch alloy wheels. The rear lid gets an overhauled design, as do the rear bumper and taillights. The power-train will remain unchanged, so there will be the same 1.2-litre four-cylinder Kappa petrol unit delivering 82 bhp and 114 Nm, and a 1.1-litre iRDE diesel engine delivering 70 bhp and 160 Nm. Also Read: Hyundai Grand i10 2017 spied testing in India