Toyota Camry 2015 to be Launched on April 30: Get expected price, features and specification of new Camry facelift

Japanese auto manufacturer Toyota is gearing up to launch the new 2015 Camry facelift in India on 30th April 2015. The Camry has been among the most appreciated premium executive sedans in India and the current outgoing model has been in the market since 2012. While on the mechanical front there will be hardly any changes compared to the current model, on the exterior front, the car will come with some extensive cosmetic upgrades. Also similar to the previous models the 2015 Toyota Camry will be offered both in petrol and hybrid options. Though Toyota is yet to put a definite price tag on the 2015 Camry we expect the car to be price in the range of INR 28 – 33 lakh (ex-showroom Delhi). 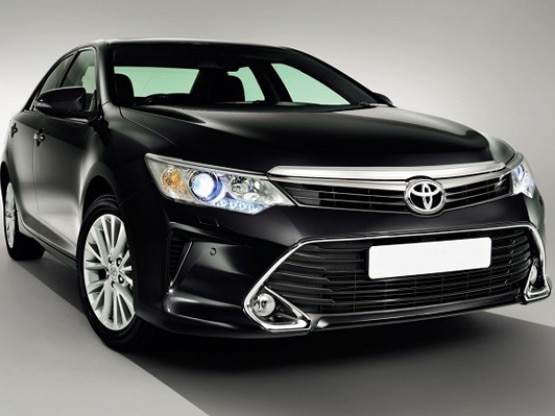 The Toyota Camry has always carried an exclusive stance when it comes the looks, and the same quality has been retained in the 2015 Camry facelift as well. On the exterior front the car has gone through some major design changes based on Toyota’s latest design philosophy, which evidently makes the car look all the more splendid. Also Read - Video : Toyota India Releases new Ad 'Joy of Owning a Toyota': Speak about its exclusive offerings for customers

The front is dominated redesigned muscular bumper and a massive airdam outlined with some heavy chrome that also does a stylish roundabout of the fog lamps. The style cues are further enhanced by the sleek ‘V’ shaped grille that holds the Toyota logo at the centre and a heavy chrome slat above it. The headlamps too have been redesigned and now come with LED projector lights and daytime running lamps. Also Read - Toyota India currently riding on profit of INR 529 Crore: Shows no plans to buy-out Kirloskar Motors

At the back you get some new two piece tail-lamps with LED inserts and a redesign boot lid. The new sleeker chrome looks much sophisticated and now partitions the tail-lamps. Even the rear bumper has been redesigned and now comes with reflectors on either side along with a dual exhaust system. Additionally the car will also come with a new set of 17-inch alloy wheels. 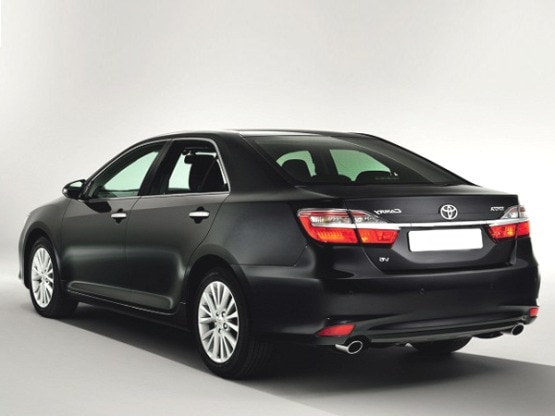 The inside of the cars is as splendid as the exterior. The interiors are likely to come in two-tone colours in light beige or tan seats and roof along with black door panels and dashboard. The car also comes with a new instrument cluster with blue backlights and a larger 4.2-inchscreen at the centre. Toyota has also upgraded the infotainment system in the centre console, which also come with a larger 6.1-inch multimedia screen.

Now coming to it powerhouse, as mentioned before, under the hood the new 2015 Camry will most likely comes with the same powertrain with the petrol and petrol-hybrid set-ups that we see in the current model. Upon its launch the car will go up against the like of the new Volkswagen Jetta and Skoda Superb.