In yet another road accident displaying Indian carmakers’ negligence towards road safety, a Toyota Fortuner failed to activate the airbags upon a collision. The SUV belongs to a Jignesh Sheth, a resident of Gujarat who was travelling with his friends from Bharuch to Ahmadabad, when the unfortunate incident happened. Mr. Sheth has claimed that Toyota has refused to take responsibility and is finding excuses saying the sensors didn't activate. 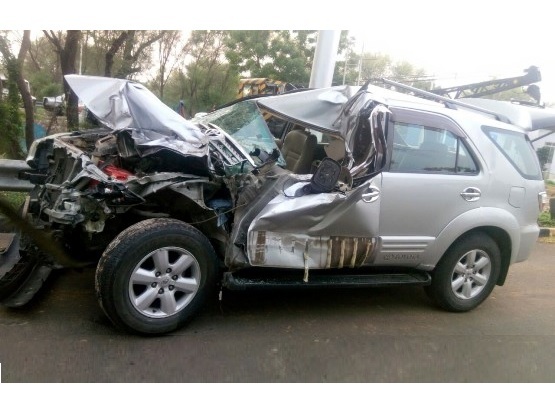 Apparently the accident took place last month on the 8th of July 2015. Mr. Sheth claimed that despite of the fact that they were wearing seat belts the airbags failed to pop out when the collision occurred. Fortunately all the occupants of the SUV survived the accident with severe injuries. Mr Sheth went to Toyota asking for explanation, upon which the company said that the collision was offside, which did not activate the sensors and failed to deploy airbags. So is Toyota trying to say that the airbags deploy because the driver didn’t collide properly? Also Read - Toyota September 2021 Sales Review: Fortuner, Innova Crysta Bring Cheer; Glanza Dampens Mood

Also Read - Toyota Fortuner Price Increased. Here Is How Much More You Will Have To Pay For It Now

When Mr. Sheth did not get a satisfactory response from Toyota, like many others he took to social media and told his entire story. This is what he had to say in his Facebook post along which he even posted the accident photos, “This is the toyota fortuner in which we met with an accident while travelling from Bharuch to Ahmadabad on express highway, Gujarat on 08/07/2015 at 4 PM. Even after tying seat belt the airbags didn't open and now Toyota is finding excuses by just saying sensors didn't activated. So please don’t buy Toyota Fortuner, rest it is your life and your money.” 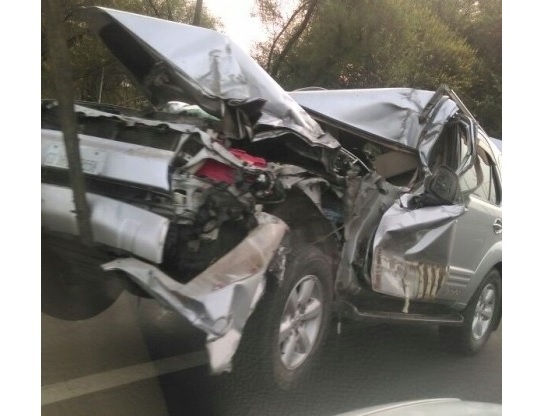 Toyota has been among the few carmakers in India who have strongly supported road safety though various campaigns. The company also boasts the superiority of its cars when it comes to safety features. An incident like this which not only brings out the faults in Toyota’s safety features but also shows the company’s negligence towards being accountable for the incident surely makes us question the credibility of Toyota cars.