The Toyota Fortuner TRD Sportivo is designed and developed by the Toyota Racing Development unit of the company.

The Toyota Fortuner TRD Sportivo has been designed and developed by Toyota Racing Development (TRD) unit. Exemplifying the companys promise of QDR (Quality, Durability & Reliability), the Fortuner TRD Sportivo enhances road presence and sporty quotient with equal ease. Speaking on the launch of the Toyota Fortuner TRD Sportivo, Mr. Akitoshi Takemura, Senior VP, Toyota Kirloskar Motor Pvt. Ltd, said, Fortuner has proven to be a True SUV well recognized for its best in class durability, on-road comfort and off-road prowess. The 2nd generation Fortuner has also continued this legacy with its distinctive, sleek and powerful design backed by improved driving dynamics has received tremendous response ever since its launch in India last year. 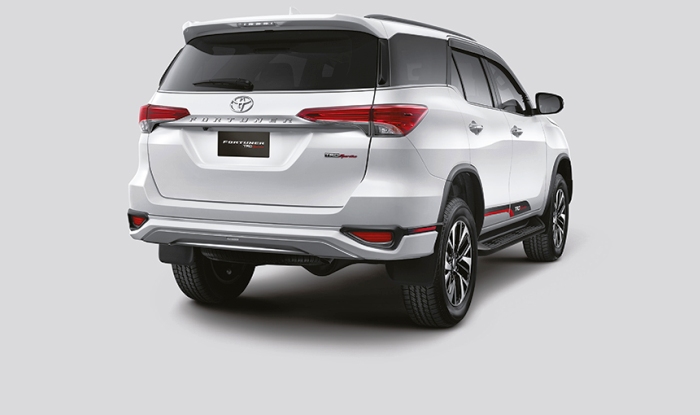 Since its launch in 2009, the Fortuner has been dominating the SUV segment in the country, conquering about 75% of the market share. The upgraded Fortuner that was introduced in November last year has received a phenomenal response with average monthly sales of over 2000 units and cumulative sales of over 21,000 units. The Fortuner TRD Sportivo has undergone a series of changes to satisfy the requirements of even the most demanding customers, he added. Bookings of the Fortuner TRD Sportivo will begin today along with vehicle display in all Toyota dealerships across the country. Also Read - Toyota September 2021 Sales Review: Fortuner, Innova Crysta Bring Cheer; Glanza Dampens Mood