Marking the 10 year anniversary of India’s Toyota Innova, Toyota Kirloskar Motors launched a slightly facelifted version of the popular MPV in India. The Innova first entered the market in 2005 and since has had its own set of followers in the market. The 2015 Innova gets some new styling and features and it has been prices in the range of INR 10.51 – 15.80 lakhs (ex-showroom Delhi). 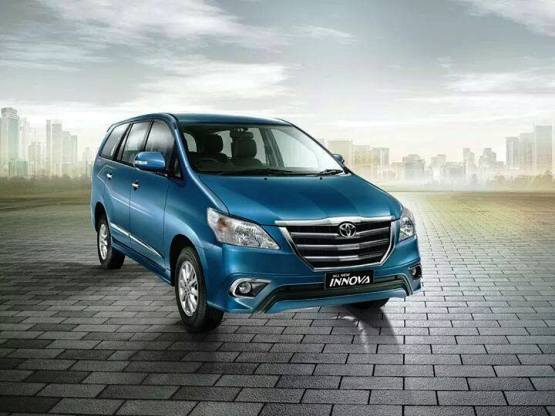 On the design front the new 2015 Innova comes sporting a new massive grille along with a new along a new air dam extending downwards. Add these to the stylishly redesigned fog lamps, and you get a much aggressive fascia. The new Innova also get sleeky new alloy wheels with side and rear garnishes. Also Read - Video : Toyota India Releases new Ad 'Joy of Owning a Toyota': Speak about its exclusive offerings for customers

Inside the 2015 Innova, you get some smooth leather seats along with an elegant wooden finish steering wheel. One of the new features include an updated infotainment system with a touchscreen setup and Bluetooth connectivity. Moreover, with this new 2015 version Toyota is offering ABS and airbags as standard feature in every variant, right from the base model to the top end model. As for its powere house the Innova gets the same engine specification as the previous models. Also Read - Toyota India currently riding on profit of INR 529 Crore: Shows no plans to buy-out Kirloskar Motors

“With the Innova turning 10, it is indeed a proud moment for all of us at Toyota to have witnessed a successful journey for the past decade. We thank our loyal customers for their support and trust in our brands that have helped us reach this milestone. Alongside the launch of the new product, we are very pleased to announce that Toyota Kirloskar Motor is the first manufacturer in the mass segment to have standardized front SRS airbags across all our models and in all grades. Safety has always been of utmost importance to us and this has been further reiterated by our efforts to standardize airbags in all our models,” said N Raja, Director & Senior Vice President Toyota Kirloskar Motor Pvt. Ltd.

The new 2015 Innova has been priced according to the revised excise rates and the top-of-the-line variant of the Innova, ZX, now costs about INR73,000 more than earlier.