Toyota Innova Crysta in demand; 7000 units sold in a month 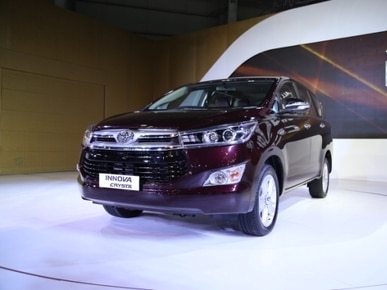 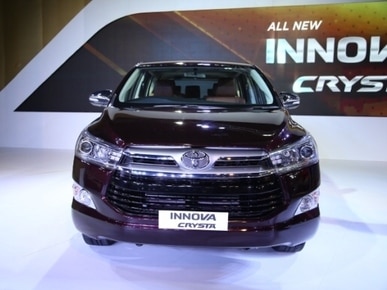 With such impressive numbers under its belt, Toyota’s brand Innova has now retrieved the title of being the best selling MPV in the domestic market by beating Maruti Ertiga MPV. Toyota also received above 20,000 bookings for its recently launched MPV. Moreover, the company has managed to target impressive numbers in spite of the fact that the Innova Crysta is not on sale in Delhi NCR region.

Talking about the MPV, it comes equipped with two powerhouse options – 2.4-litre and 2.8-litre diesel. The smaller motor is good for 150bhp of power and 343Nm of torque while the bigger engine develops 174bhp with 360Nm torque. The smaller engine is mated to a 5-speed manual while the bigger is coupled to a 6-speed automatic transmission unit. As far as the fuel efficiency is concerned, the 2.4-litre engine returns mileage of 15.1kmpl while the 2.8-litre is good for 14.29kmpl of mileage.

Toyota Innova Crysta is offered in 4 trim levels – G, GX, VX and ZX. The automatic option comes in GX and ZX versions only. Coming to the safety aspect, Innova Crysta comes equipped with standard safety features such as ABS with EBD and 2 airbags.