Toyota to increase production by 40 per cent 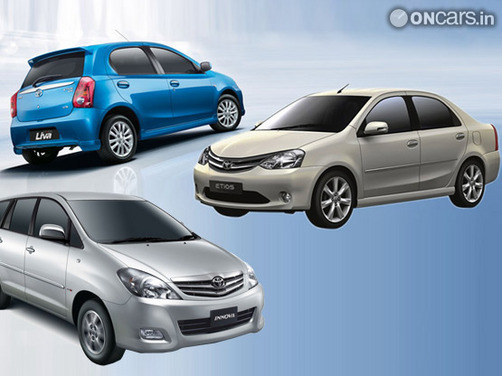 Things are busy at Toyota. Today, the company will launch the much-awaited diesel variants of the Eiots and Liva. Soon, the facelift Innova will be out as well. Also Read - Guj: 10 killed, 3 injured after car hits truck in Surat

The high demand for both the Etios and Liva is already keeping Toyota production busy. With the diesel launch, the demand is only set to go up. Innova is a market leader in its segment and Toyota is planning on pushing its advantage with higher numbers – taking it from 4000 to 6000 units. All this has given the company enough reason to be optimistic even in these bleak times.  Also Read - 'Innova' not good enough for Kar minister, wants 'Fortuner'

So, Toyota has now announced that it will up its production by 40 per cent. It will take the toyota production numbers from 120,000 to 210,000 by 2013. The production ramp-up will go a long way in easing out the demand-supply for the diesels mainly. The good news will be that you might not have to wait months now for the Toyotas.