A new electric car is expected to debut by the end of 2012; new fuel cell vehicle will be offered from 2015. 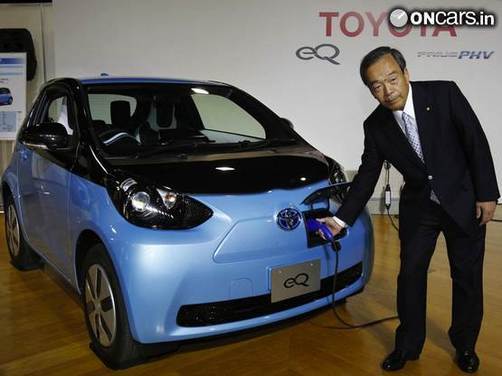 Toyota Motor Corporation is planning to boost its green vehicle line up, precisely with 21 new hybrid vehicles that are expected to see the light of day in the international market within the next three years. Furthermore, the Japanese carmaker is also planning a new electric car that is expected to debut later this year and also a new fuel cell vehicle is expected to be ready by 2015. Also Read - Toyota Sees Marginal Growth In October 2021 Sales. Details Inside

The new compact electric vehicle, eQ that is based on its iQ model will debut in Japan and in the U.S in December 2012. Only 100 units of the eQ model will be built and sold initially. The 'eQ' was officially presented today at an event held in Tokyo by Mr Takeshi Uchiyamada, vice chairman, Toyota Motor Corporation.

The fuel cell vehicle, which runs on hydrogen will be offered on sale from 2015.