In order to further improve their market share, Toyota is planning to launch a series of new cars in the Indian car market. The company has recently announced that it will not launch any new product this year; however, the Japanese car maker has big plans for year 2016. At the 2016 Auto Expo, the company will introduce at least 3 new cars that will go on sale in the country in the same year. Here is the list of upcoming Toyota cars to be launched in the country next year - 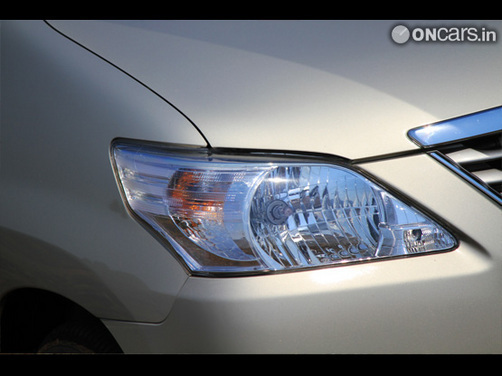 2016 Toyota Innova- It will be the first new Toyota to go on sale in the country next year. Likely to make a debut at the 2016 Delhi Motor Show, the new Innova will get new powertrains and styling. Talking about upgrades, the MPV will get a twin-slat chrome grille, sweptback headlamps with double-barrel projectors and integrated LED daytime running lamps. It also gets wider air-dam and new fog lamps. On the sides, the MPV will feature new wheel arches, narrower glass and newly designed alloys. At the back, the car is likely to get new tail lamps and chrome inserts. It will be based on new version of Toyota's IMV platform, which makes it lighter and responsive. Under the bonnet of this MPV will be newly developed 2.4-litre GD diesel engine producing 160bhp and 400Nm of torque. Both manual and automatic versions will be on offer. Also Read - Luxury cars, property papers worth Rs 500cr seized from Mirle Varadaraju 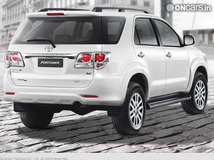 2016 Toyota Fortuner- Like the next Innova, the 2016 Fortuner will also make its Indian debut at the next year's Auto Show. Based on modern Toyota's Innovative International Multi-Purpose Vehicle platform, the next Fortuner is expected to be more spacious than the outgoing model. Talking about styling upgrade, the SUV has new V-shaped twin-slat grille with chrome surrounds, Camry-like wraparound headlamps with integrated projectors, new bumper with broad chin, vertical LED daytime running lamps and newly styled round fog lamps. The side gets big wheel arches, newly designed alloys, wide fenders, and smaller windows. This SUV is expected to be offered in two engine options- 2.4-litre GD diesel producing 160bhp and a 2.8-litre GD diesel motor that is good for 177bhp. Both manual and automatic gearbox will be on offer. 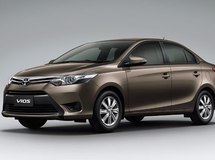 Toyota Vios- The Japanese maker will introduce the Vios sedan in India to rival against the likes of the Honda City, Hyundai Verna and the Maruti Ciaz. It will be positioned between the Etios sedan and the Corolla Altis. Based on the Yaris hatchback, the Vios will offer premium and spacious interiors. It will be offered in two engine options- a 1.5-litre VVT-i petrol producing 107bhp and 141Nm of torque and a 1.4-litre D-4D diesel that is good for 88PS of power. Both manual and automatic transmission version will be on offer.