Tata H5X, Nexon AMT, Tata 45X hatchback and much more. Here is the complete list of Tata cars to be launched in 2018-19.

Tata Motors was undoubtedly the biggest crowd puller at the recently concluded Auto Expo 2018. The company showcased two concepts – Tata H5X and Tata 45X – at the Expo, alongside a wide range of its other cars. The company also debuted its ‘IMPACT Design 2.0’ philosophy with these two new concepts. Under its Impact design philosophy, the company has already launched four products in India, which include the Tata Tiago, Tigor styleback, Tata Hexa and the Tata Nexon compact SUV. The Tata H5X will be the first car to be launched in India that will feature the IMPACT Design 2.0. Let’s take a detailed look at the upcoming cars that Tata Motors will launch in India in the coming years. Also Read: Tata Nexon SUV production surpasses 25,000 mark in IndiaAlso Read - 'Big Daddy Of SUVs' Scorpio-N Launched: Price, Dimensions, Everything You Need To Know Here 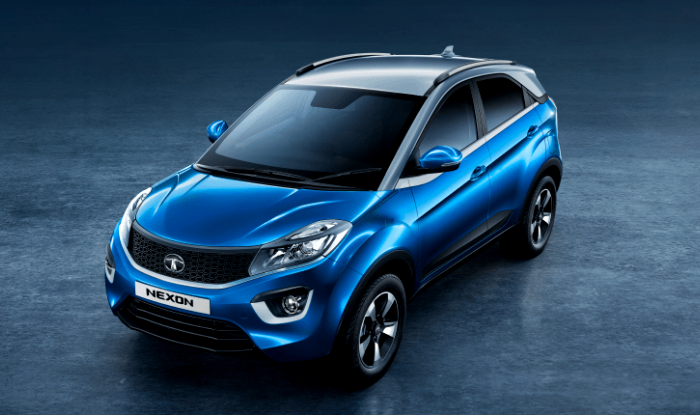 Tata Nexon AMT– With increasing competition in the sub-4m segment, the home-grown automaker is also looking to bring-in an automatic variant of its new offering – the Tata Nexon. The Nexon AMT will be the newest automatic offering in the sub-compact SUV segment, which is likely to undercut its arch rivals in terms of price and credibility. Under the hood, the Tata Nexon sub-compact SUV will be offered with a choice of turbo-charged petrol and diesel engines that will come mated to a new 6-speed AMT transmission. As far as the price point is concerned, the sub-compact SUV is likely to be priced in the range of INR 6.5 lakh – INR 10.50 lakh (ex-showroom). Also Read: Tata Nexon AMT India Launch by March 2018; Price in India, Variants, Specs, Features
Also Read - New Maruti Brezza Bookings Open: With 6 Airbags And Hybrid Engine, Launch On June 30 | Details Inside 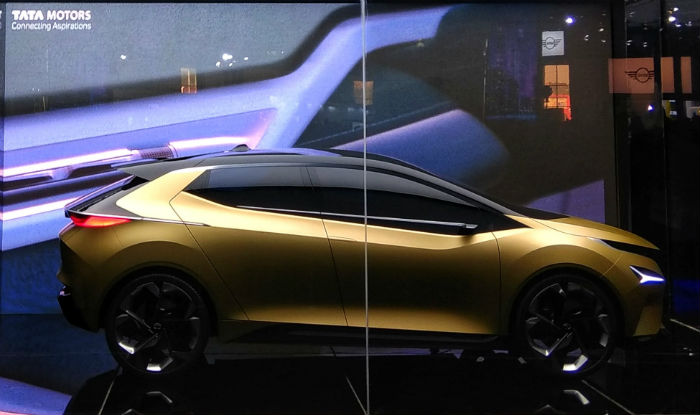 Tata 45X Hatchback: Tata Motors is currently testing a premium hatchback, which is expected to rival the likes of the Maruti Suzuki Baleno, Hyundai Elite i20 and the Honda Jazz among others. Internally known as the X451,  the Tata 45X was recently showcased at the Auto Expo 2018. The car will be based on the AMP (Advanced Modular Platform) architecture. Our sources close to the company has revealed that the car will be powered by the same 1.2-litre turbo-petrol and and the 1.5-litre turbo-diesel engine options that power the Nexon. However, both the engine will be come with a lower state of tune to match the hatchback’s ergonomics. The Tata X451 premium hatchback is expected to launch in India by mid or end 2019. Also Read - Debut Most Powerful: Lamborghini Aventador Ultimae Coming Soon | In Pics 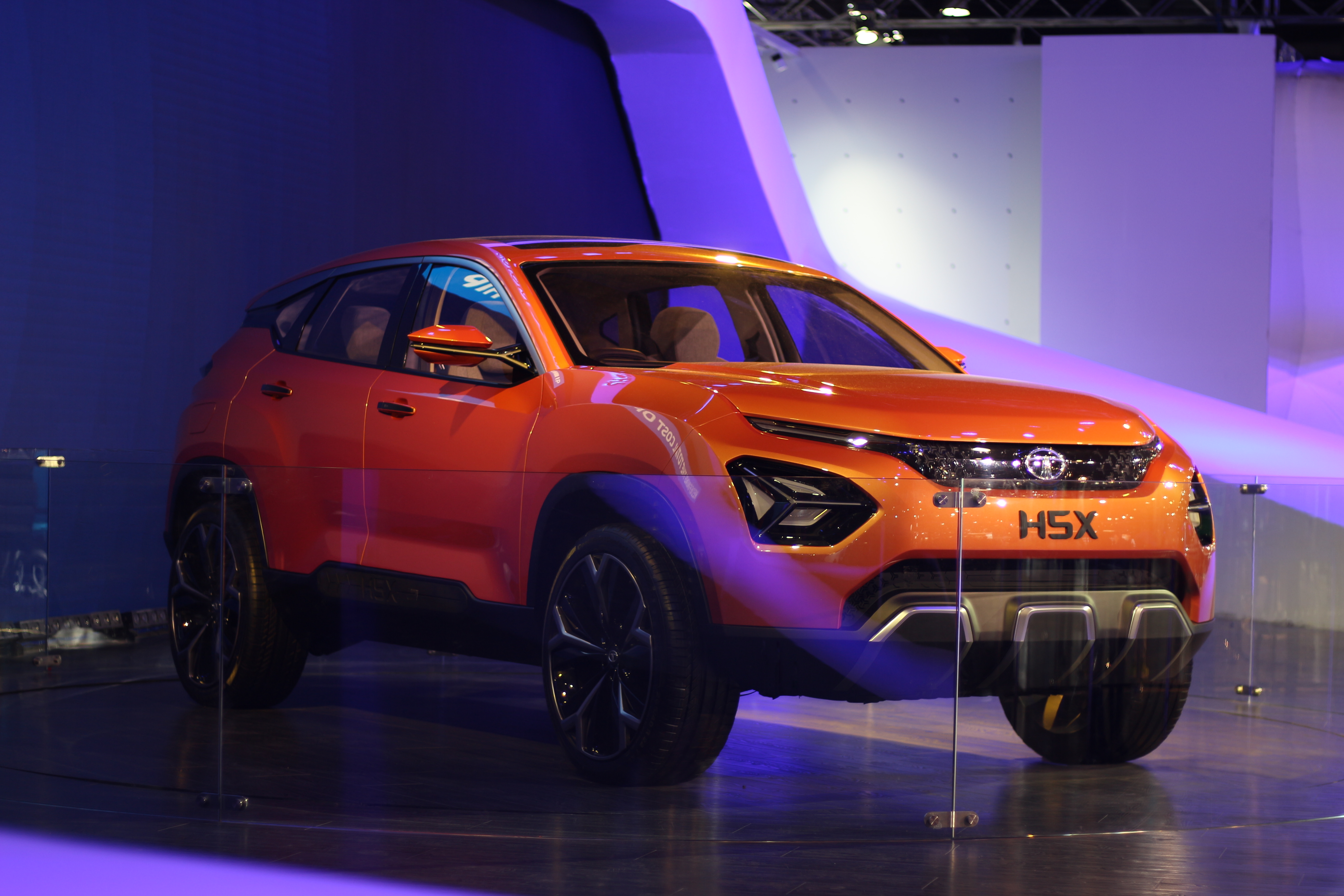 Tata H5X SUV – The upcoming Tata H5X SUV will be based on Land Rover Discovery Sport platform that has already commenced its testing phase. Moreover, the SUV will also carry structural components from Discovery premium SUV. Powering the upcoming SUV will be a 2.0-litre Multijet II diesel engine which will be sourced from Fiat. The engine will be capable of developing around 170bhp. Likely to be priced in the range of INR 30 lakh – INR 35 lakh, the SUV will compete against the likes of Ford Endeavour and Toyota Fortuner. Read More: Tata Q501 (Land Rover Discovery Sport based) SUV India Launch in 2018 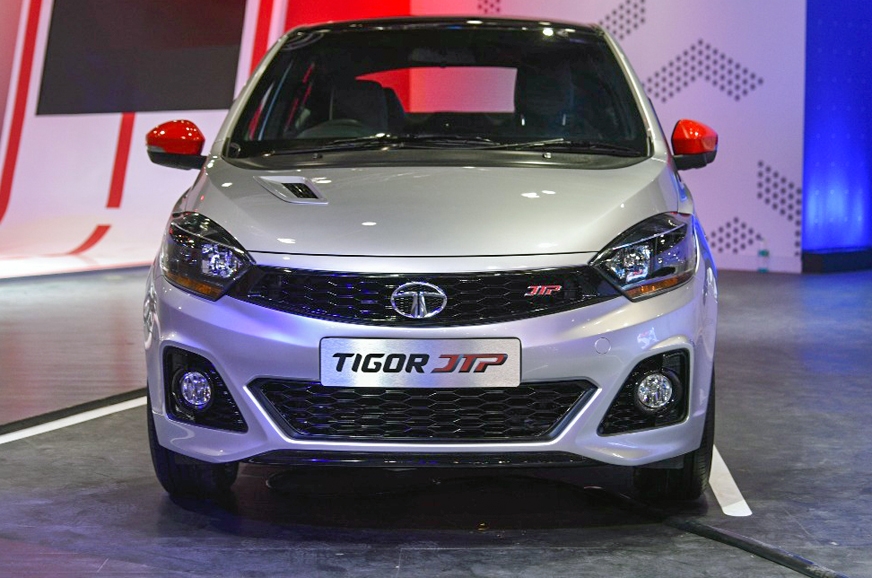 Tata Tiago JTP: Buoyed by the excellent response for Tiago hatchback, the home-grown automaker is looking to launch the Sport variant of the hatchback. The Tata Tiago JTP was recently showcased at the Auto Expo 2018. The car will be powered by 1.2-litre, 3-cylinder turbo-charged Revotron engine that will be tuned to produce 110 BHP of maximum power and 150 Nm of peak torque. This motor will come mated to a 5-speed manual gearbox. Being the only small hatchback to come equipped with a powerful engine, the Tiago Sport will compete with cars from the higher segment like Maruti Baleno RS and the Volkswagen Polo GT. The Tata Tiago Sport is expected to be priced around INR 7 lakh (ex-showroom Delhi). Also Read: Upcoming Maruti Suzuki Cars Launching in India in 2018-19 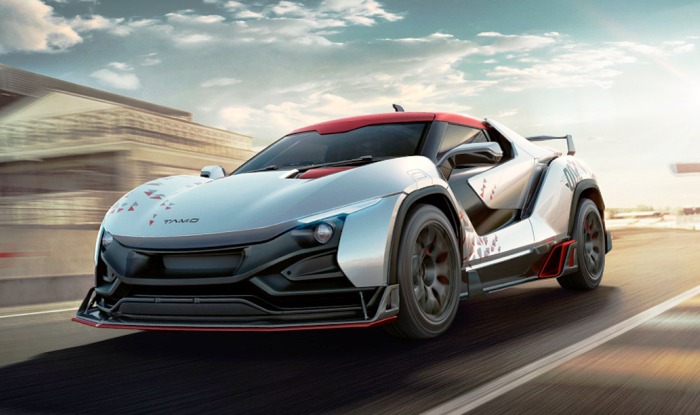