Vettel cruises to victory at Monza 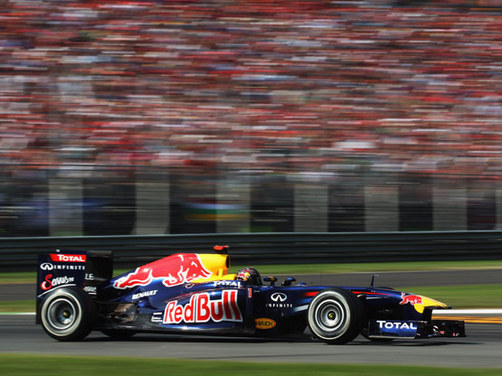 Red Bull continued to dominate the championship proceedings by winning their first Italian Gran Prix. After the first lap hiccup, defending champion regained the position in fifth lap and lead all the way to the chequered flag, winning his eighth race of the season. Jenson Button finished at second position keeping McLaren’s in the contention for constructor’s title. Alonso finished at third position in his Ferrari giving the home crowd something to cheer about. Also Read - F1: Charles Leclerc Edge Past Lewis Hamilton And Valtteri Bottas to Win Ferrari's 1st Italian GP Title in 10 Years

In the opening lap of the race HRT driver Vitantonio Liuzzi slid over the grass and crashed into cars negotiating the first bend. This incident forced him and three other drivers to retire (Petrov, Rosberg, Ricciardo) and a safety car had to be deployed to clear the debris. Later, Mark Webber got in to an incident with Massa and had to retire after crashing into barriers with a broken front wing. Also Read - Lewis Hamilton Beats Max Verstappen in Hungary F1 Thriller

Down the order, Force India moved to sixth place ahead of Sauber as Paul Di Resta finished at eighth position with four points, after gaining three places in the first lap. Adrian Sutil failed to finish due to a steering issue, after running wide to avoid the first lap wreck. The only Indian team on the circuit has found the right balance post the mid-season break and has managed to have at least one car in the top 10 in the last four rounds. The performance of Force India has been very similar to that of Renault and the team can now challenge the French car maker for the fifth position in the remaining five rounds. 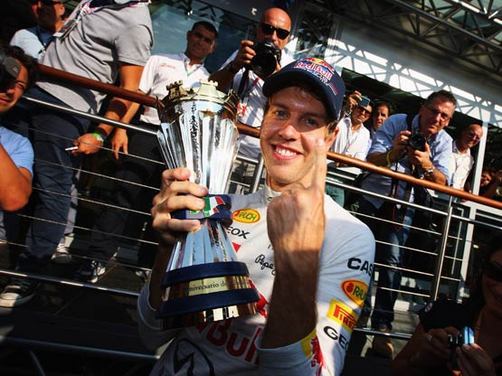 Team Red Bull, leading both the constructors’ and drivers’ championship is powered by Renault engines and is already on the verge of winning their second title in consecutive years. It, therefore, comes as no surprise that the two companies have agreed to renew their contract till 2016. Renault will continue providing V8 engines with KERS hybrid systems for the next two years, and simultaneously develop V6 turbo engines to be used starting 2014.

With the latest win, Red Bull’s number one driver, Sebastian Vettel is just one win away from winning the championship and would certainly try and seal his second title at the next race in Singapore.