Polestar to be in charge of performance arm 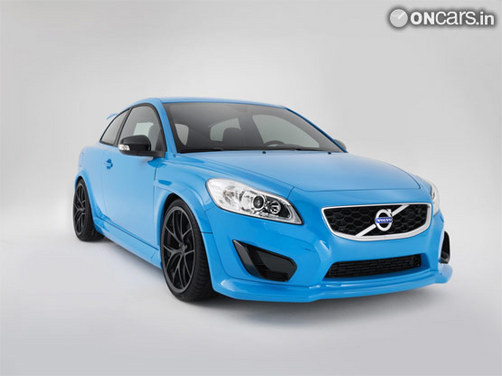 Volvo is a brand associated with safety, not going fast, which is probably why it's 'R' range of cars sold underwhelming numbers. This is despite the fact that it successfully fields an S60 in the World Touring Car Championship, slugging it out with the likes of BMW, Mercedes, Chevrolet and Seat. With the numbers being so discouraging, the 'R' division was discontinued. However, there seems to be a light at the end of the performance tunnel; Volvo has shown off a one-off creation of the C30 hatchback called the C30 Polestar Performance Concept Prototype, it promises to get to 100kmph before you can finish saying its entire name.  Also Read - 17 killed after bus hits divider, overturns in UP

The claimed 0-100kmph time of under 5 seconds is thanks to a twin-turbo five-cylinder engine that is no stranger to performance. It does duty under the hood of the Ford Focus ST and RS as well. Under the hood of the C30 PCP, however, it churns out 400PS and feeds power to all four wheels. The differential is tuned to give a rear-drive feel, something that drivers love while going fast around a bend. If the car goes into production, it will be priced at GBP 50,000 – that's Rs 35 lakh before taxes. In the UK, that kind of money will easily get you a BMW 5-series sedan. If Volvo approves the project, around 500 units of the C30 PCP will go on sale.  Also Read - Rashid Khan hopes to end drought in Thailand Open