This new Toyota Innova Crysta has updated front with a trapezoidal Piano Black grille and the front bumper is redesigned and has a lot of sharp edges now.

New Delhi: Auto major Toyota Kirloskar Motor on Tuesday launched the third generation of MPV Innova — ‘Innova Crysta’ in the price range between Rs 16.26 lakh and Rs 24.33 lakh. The new Toyota Innova Crysta has appeared with a host of exterior and interior designs which will fascinate every car lover.

“The Innova redefined the segment when it was introduced in India more than 15 years ago as a premium MPV,” Naveen Soni, Senior Vice President, Sales and Service, TKM, said.

He said that the launch is particularly timed for those customers who are seeking unmatched safety and unrivalled comfort during long distances travel with family or on business needs.

“Innova Crysta continues its unrivalled dominance with 43 per cent of segment share,” he added. 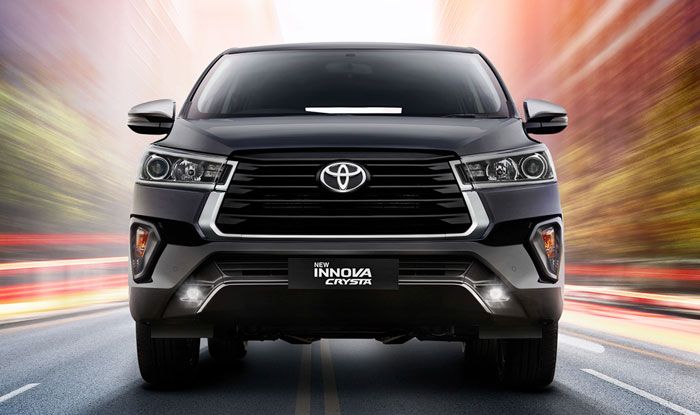 Notably, the MPV’s first-generation model was introduced in India in 2005 having sold over 8,80,000 units till date, including Innova Crysta. Later, the second generation ‘Innova Crysta’ was launched in 2016 and has sold close to 3,00,000 units.

This new Toyota Innova Crysta has updated front with a trapezoidal Piano Black grille and the front bumper is redesigned and has a lot of sharp edges now.

The Toyota Innova Crysta has several safety features as the new MPV gets seven airbags, vehicle stability control and hill start assist, among others.

Equipped with front clearance sonar to bolster the safety quotient, the new Innova Crysta is now a connected vehicle, and has features like real-time vehicle tracking, geofencing and last parked location, among others.