A day after the examination on September 12, reports had claimed that the NEET question paper was leaked for Rs 30 lakh in Jaipur.

“The sudden change in the exam pattern before exam had caused stress among students. We need some more time to adapt ourselves to the new exam pattern since this was the medical entrance exam held across the country only once a year”, the candidates said. The NTA had earlier clarified that the changes were introduced in view of the reduced syllabus by various school education boards for Class 12 students owing to the loss of academic time due to Covid.

Here are some of the important points from the document:- 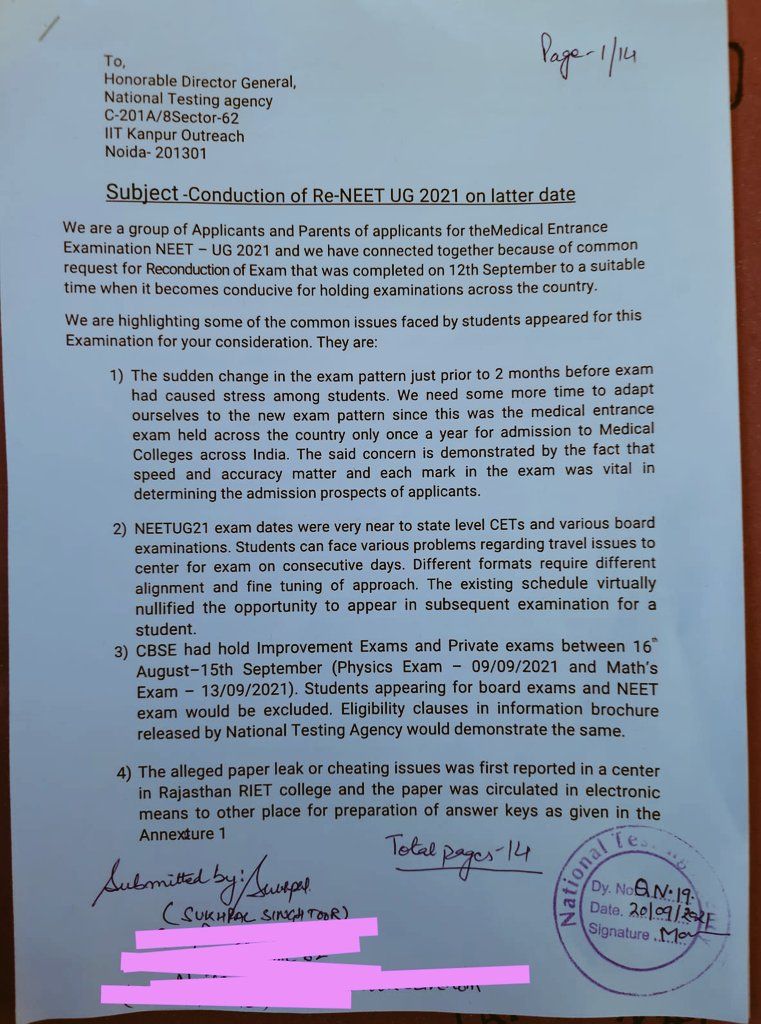 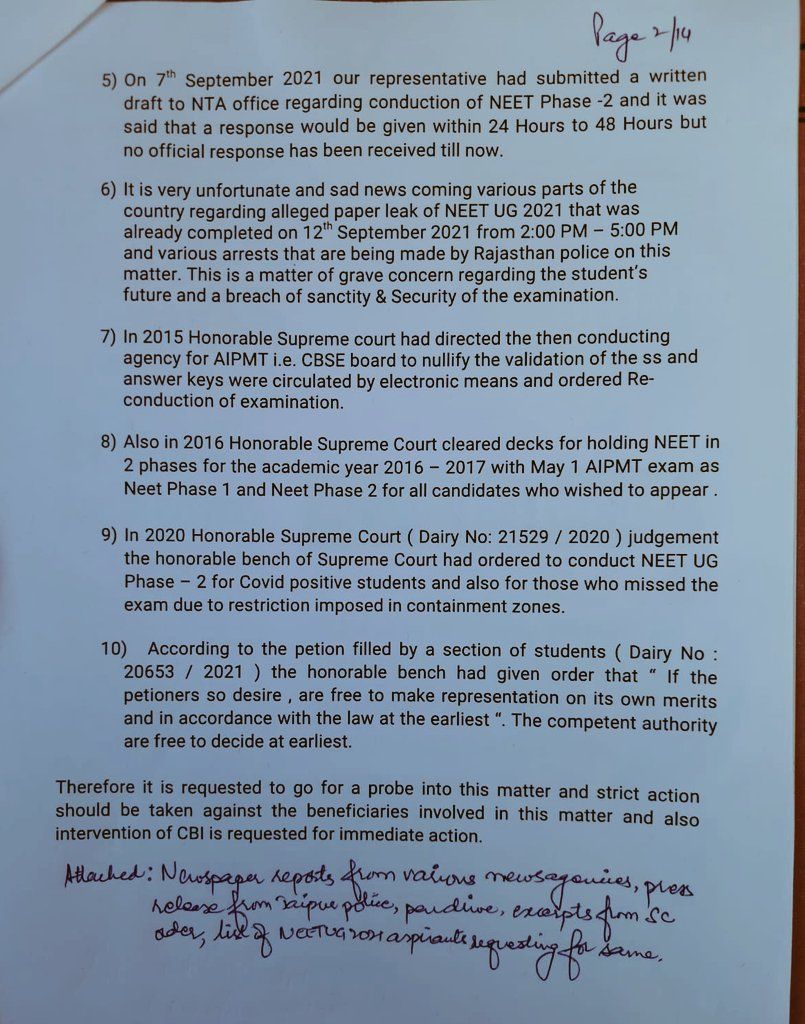 All You Need to Know About The NEET Scam?

A day after the examination on September 12, reports had claimed that the NEET question paper was leaked for Rs 30 lakh in Jaipur. However, the officials of the NTA asserted that the cheating case cannot be called a ‘leak’ yet as only one candidate was involved and there were no reports of the question paper being circulated widely till now.

NEET-UG 2021 was conducted on September 12, Sunday from 2 pm to 5 pm in offline mode in around 202 cities across the country. Nearly 16 lakh candidates appeared for the medical entrance exam this year.