Postpone NEET-UG: Hitting out at the Centre, Rahul said, "Government of India (GOI) is blind to students' distress. Postpone NEET exam. Let them have a fair chance."

GOI is blind to students’ distress.

Postpone #NEET exam. Let them have a fair chance.

Yesterday, a bench of the apex court, headed by Justice A M Khanwilkar, refused to interfere with a petition filed seeking directions to the authorities concerned for rescheduling the NEET UG- 21. “We are not inclined to pass any order. Sorry. You (the petitioner) may approach and make your representation to the Competent Authorities with your prayers and reliefs you seek,” the bench led by Justice Khanwilkar said and refused to interfere with the petition and pass any order on the issue. Also Read - NDA Being Prepared For Admission of Women Cadets, Exams to Start From May: Centre Tells SC

Observing that only 1% of students will be appearing for the improvisation exam, the bench which also comprises  Justices Hrishikesh Roy and CT Ravikumar said that the entire NEET schedule can’t be changed for their sake.

“These students should burn the midnight oil and prepare. How much can we intervene as a court? Our indulgence means we are causing strain and pain to so many students. If the authority wants to do it on its own it is for them to decide. Please don’t use our platform to push them”, said the top court while refusing to direct rescheduling of NEET-UG. 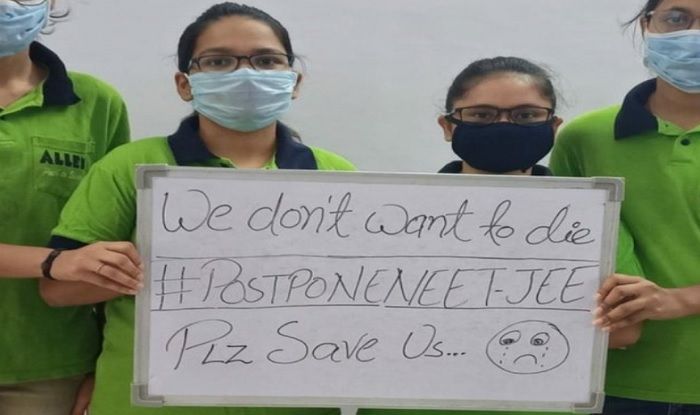 Notably, the petition was filed before the Supreme Court through Advocate Sumanth Nookala. It had sought to quash the July 13 public notice scheduling National Eligibility-cum-Entrance Test (NEET)-Undergraduate exams on September 12, Sunday as being “manifestly arbitrary” and “in violation of Article 14 of the Constitution of India”. Furthermore, the petitioner had urged the court that a direction may be issued for shifting the medical entrance exam to a suitable date soon after the ongoing board/other competitive exams.

However, the National Testing Agency had clarified that non-declaration of the results (of CBSE Private, Compartment, and Patrachar exams for Class XII) won’t prevent medical aspirants from writing the NEET-UG exam as results are required only during the counseling.

For the unversed, there have been demands from students to postpone NEET-UG 2021 till October. Over 1400 students had also signed an online petition on change.org to intensify their demands.  “We request the Education Minister and the NTA to take the wise decision of postponing the NEET exam to October for the sake of students’ mental stress and safety and so that every neet aspirant gets an equal chance in performing well during this tough time,” the petitioner had said.