10% of 12 million Delhites have already voted. Have you?

A look at the 3rd phase of elections till now. 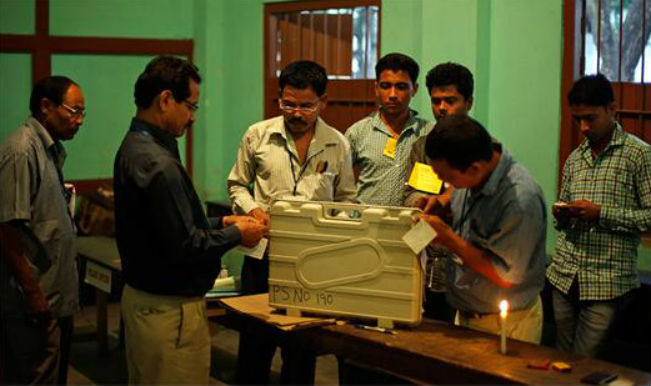 The election fever running high, the third and the most Important phase of the 2014 elections has already started. People have been waiting in queues since morning to cast their vote.

11 states and 3 UT’s have their first phase of the voting around the country. With Delhi, Haryana and UP, counted among the more important ones, Kerala, Maharashtra, MP and others are also vital as big names are in the race today. Chandigarh coming to the limelight because of the star power it is offering this time, with Kirron Kher and Gul Panag standing against Pawan Bansal in this Union Territory. According to Election Commission of India, 10 percent of 12 million registered voters in Delhi have already cast their vote.

From Congress chief Sonia Gandhi to AAP supremo Arvind Kejriwal, from a common man to high profile people, everyone seemed to be excited to exercise their fundamental right, by standing in long queues and waiting for their turn. The voting started at 7 A.M and will end at 6 P.M today for the Third phase. Many big faces who are not in today’s list of candidates were seen in the early slot of voting at many polling booths like Rahul Gandhi who voted from New Delhi, Vice-President Hamid Ansari cast his vote at the Nirman bhawan, Congress Chief Sonia Gandhi also at Nirman Bhawan, Kiran Bedi at Niti Bagh Delhi, AAP Chief Arvind Kejriwal cast his vote at Tilak Nagar, Rahul Mehra of AAP among others.

The people whose fate is to be decided today were also seen in the morning list at the voting booths like Kapil Sibal of Congess from Chandni Chowk, Harsh Vardhan of BJP, Ajay Maken who was also seen accompanying Sonia Gandhi, Ashish Khetan of AAP, Rakhi Birla of AAP and others. All were hopeful that the people would understand and exercise their vote responsibly.

While the issues remain the same ranging from basic things like price rise, healthcare to development and financial stability, the voters this time know the value of their vote and the responsibility attached to it. From North to South India, people are coming in large numbers everywhere including Bihar, Chhatisgarh, Jharkhand, Lakshadweep and other places. Having some big and popular names like Shashi Tharoor, Nitin Gadkari , Raj Babbar, Ghulam Nabi Azad, Meenakshi Lekhi, Nagma, Jaya Prada, Chirag Paswan, also in the fray today, this phase is proving to be exciting with every passing second. Fates and careers are to be sealed today in those big black ballot boxes. We got to wait and watch!