While Narendra Modi indulges in hypocritical rhetoric about dynastic politics, Rahul Gandhi is walking the talk by opening up the Congress party’s political system. 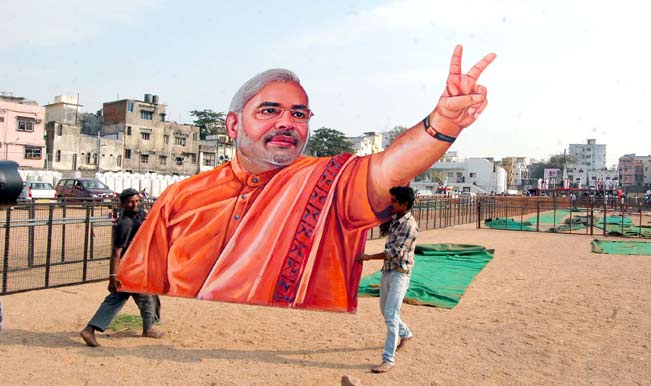 Addressing a public rally at Kawardha in Chattisgarh on 14th November, BJP’s PM candidate Narendra Modi said, “Had Chhattisgarh Chief Minister Raman Singh been in Congress, his son Abhishek would have been given ticket. But we have given ticket to another candidate. This is BJP.” Also Read - Sidhu's Daily Diet In Jail Reads Like A 5-Star Hotel's Menu: Pecan Nuts, Avocado, Rosemary Tea & More

Now cut to three days ago. BJP’s Central Election Committee, under the same Narendra Modi, nominated Chief Minister Raman Singh’s engineering graduate son Abhishek as party candidate from the Rajnandgaon Lok Sabha constituency in Chhattisgarh. So much for the value of the promises publicly made by the Mr Modi!

“But which party doesn’t have dynastic leaders?” is the immediate retort that comes from across the aisles. Yes, but the issue here is not dynastic politics. The issue is the sheer hypocrisy of BJP and its PM candidate, where words have little meaning and promises even lesser value.

The Kawardha rally might be a more striking case but the BJP’s hypocrisy on the issue of dynastic politics is known to everyone. From its oldest ally Thackerays’ Shiv Sena to the long-standing ally Badals’ Akali Dal to the latest ones like Paswans’ LJP and Ramdoss’ PMK, there are only dynastic politicians there. It is not only the allies of the BJP. From Vasundahara Raje and Dushyant Singh to Dhumal and Anurag Thakur to Jaswant and Manvendra Singh, numerous such examples exist within the BJP.

Should we then be banning these people whose families have been in politics? No, even though the BJP’s PM candidate has been trying to insinuate the same, as he did at Kawardha. In a democracy, you cannot bar any one from contesting elections, either on the basis of the family name or on the basis of wealth acquired by her. The solution does not lie in raising a barrier for anyone. The solution, instead, lies in lowering the barrier for others, those with no family name and no wealth. You can’t close the system for the privileged; instead, the system needs to be opened for the not-so-privileged.

And that is what Congress Vice President Rahul Gandhi has been trying to achieve. The complete organizations of the Indian Youth Congress and NSUI are democratically elected, and that is how I and many of my colleagues, with no family background in politics, have progressed. In the same vein, Congress party has made a start has been made by holding primaries for 16 constituencies for these Lok Sabha elections. These are small but significant steps initiated by Rahul Gandhi. Unlike the malicious rhetoric and hollow palaver of BJP’s PM candidate, the Congress Vice President is walking the talk. That is what Rahul Gandhi reiterated in his latest interview: “But you are not going to wish away dynasty in a closed system, you have to open the system.”

If it was merely limited to the hypocrisy of BJP and Mr Modi, it would be still understandable as duplicity has historically been the hallmark of that party and its leadership. Mr Modi’s team is wiping away all the evidence of his hypocritical stance. Try looking for the video of that speech delivered by Mr Modi at Kawardha in Chattisgarh on 14th November and you will come up with nothing on Youtube. Forget Youtube, on Mr Modi’s own website, where all his other speeches can be easily found, only this one video is missing. Here is the link of that page: http://modilive.in/shri-narendra-modi-addressing-public-meeting-kawardha-chattisgarh/

This is not the first time videos of Mr Modi’s speech have been removed from the web. Try looking for videos of his rabid inflammatory and communal speeches made after the 2002 Gujarat riots, and the likelihood of finding anything is zero. Such is the kind of image sanitisation being carried out by Mr Modi’s team. No surprises there about the airbrushing. After all, the man himself proclaims to have a 56-inch chest. Thank God, he didn’t claim the world record, which is held by Arnold Schwarzenegger at 57 inches!

We live in an age where models and actors heavily airbrush their images, showing them with flawless skin and looking much younger. That might earn them some false appreciation at first but it doesn’t change the reality. People soon become wiser to this airbrushing and the model becomes an object of ridicule.

Politics is even less forgiving than modelling. The Indian voter is very wise and she has displayed her wisdom time and again during the last 62 years. Mr Modi’s hypocrisy is being noted by the masses and no amount of airbrushing by his team will save him from the ignominious fate that awaits him. Our job in the opposition is to only hasten that process.

Priyanka Chaturvedi, 35, is a Columnist, Blogger and spokesperson for Indian National Congress. She tweets at @priyankac19