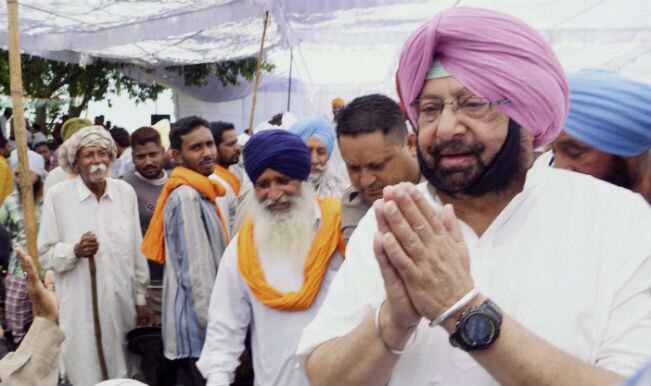 Amarinder, in a statement, asked Jaitley whether it was not a fact that the latter gave legal opinion to the US company in December 2006, in a case related to demand for compensation to victims of the tragedy. Also Read - ‘Stop Talking About Secularism’: Amarinder Singh Slams Congress, Questions Alliance With Sena

Dow Jones, after acquiring Union Carbide, the gas leak from whose pesticide plant in Bhopal killed thousands of people and rendered thousands more incapacitated in December 1984, refused to pay any compensation to the victims saying it did not inherit any liability, he said. Also Read - Priyanka Gandhi Vadra Promises Smartphones, Scooty to Girls in UP if Party Comes to Power in 2022 Assembly Elections

The Congress leader said it was shocking that Jaitley who was a senior BJP leader, instead of using his legal expertise and influence in support of the victims, took the side of the company.

“Don’t you think that besides being a lawyer, you also owe a moral responsibility towards the victims?” he asked Jaitley, adding, “If you could not support them, at least you should not have opposed them.”

The former Punjab Chief Minister asked Jaitley whether his conscience pricks him for taking up a case against the people, for whom everyone in India are sympathetic.

“At least don’t you own an apology to the Bhopal Gas tragedy victims?” he asked Jaitley, adding, “Or will you hide behind your characteristic denial mode?”