When asked if he feels that Akhilesh Yadav government should resign on moral grounds after this humiliating defeat, he said that it is SP's internal matter. 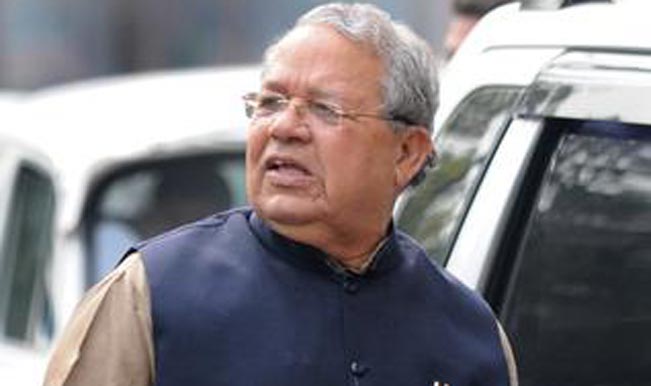 He, however, stopped short of demanding resignation of Akhilesh Yadav government which came to power in 2012 after Samajwadi Party won 225 seats in the 403-member Assembly.

BJP bagged 73 out of 80 Lok Sabha seats in UP whereas Samajwadi Party was reduced to five seats which were won by Mulayam Singh Yadav and his family members. Maywati-led BSP was unable to open its account.

“I am not surprised by the results. This is not unexpected for me. I knew that this can happen and I have been predicting this.

Whenever people asked me about how many seats we will win, I always said that there could be a clean sweep. The barriers of caste have been broken in this election,” Mishra, who defeated Niyaz Ahmed of BSP in Deoria, told PTI.

UP has not seen a BJP government since 2000-2002 when Rajnath Singh was the chief minister. Mishra gives entire credit to Narendra Modi’s charismatic leadership for the party’s revival.

“Modi has developed acceptability among masses which resulted in credibility. People have started to believe that all will be well if he comes into power. I haven’t seen such successful election rallies in my life. Definitely, all credit goes to his charisma,” said the 73-year-old leader

When asked if he feels that Akhilesh Yadav government should resign on moral grounds after this humiliating defeat, he said that it is SP’s internal matter.

“I don’t think it is right to ask for his resignation as they have full majority in assembly. As far as resigning on moral grounds is concerned, it is their internal matter. Chief Minister should decide on this but one thing is sure that this is SP’s most humiliating defeat since its establishment,” he said.