His views found resonance in both his electorate and party leaders. 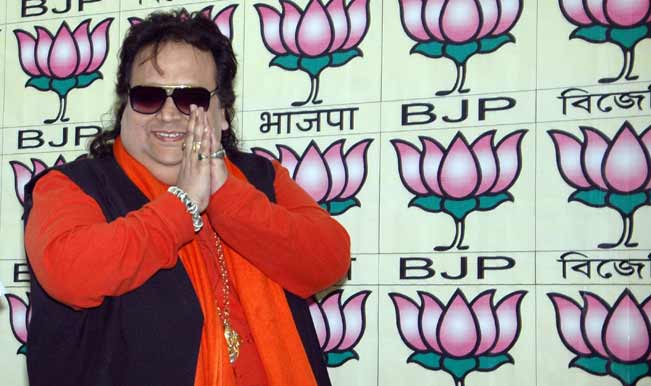 The portly celeb is almost playing the Pied Piper to people of all hues – men, women and children, who have been following their “Bappi da” daily through the small towns and villages as he seeks people’s blessings for the Sreerampur Lok Sabha constituency that stretches across five assembly segments in Hooghly and two in neighbouring Howrah districts. Also Read - UP Election 2022: Yogi Adityanath Likely to be BJP's CM Face in Upcoming State Polls, Says Keshav Prasad Maurya

“I believe in deeds and not mere words. I am into politics but am not a politician. I am not here to make promises, I am here to work, I want my deeds to speak for myself,” Lahiri tells IANS during one of his blockbuster early morning road-shows in this town, a former Danish Colony in Hooghly district.

He has promised to put the town on the world tourism map if elected. Always game to enthralling the maddening crowd, the composer – who ruled the charts in the 1980s and 1990s – would tweak impromptu some of his mega hits during his campaign, tickling the musical bone in many.

“Music is my soul, Bappi Lahiri has no existence without music. Naturally the essence of my political campaign is my commitment, and of course music,” says the pioneer of disco beats in India whose refreshing, vibrant, and rhythmic music had the nation dancing for decades.

The people of Sreerampur who can’t have enough of the famed musician are all set to get more star struck – Lahiri is roping in Bollywood megastar Salman Khan, ‘Dreamgirl’ Hema Malini and melody queen Lata Mangeshkar to canvass for him.

“People will get to see them soon,” says the singer-composer, who has also acted in several films including the Kishore Kumar directed “Badhti Ka Naam Dadhi”. Reaching out to his electorate, Lahiri asks about their needs and aspirations. He hopes to cash in on what he calls “the growing resentment” against sitting MP from Trinamool Congress Kalyan Banerjee.

“This place which can be an enviable tourist destination, has been a symbol of neglect. Most of the jute mills have closed down, roads are broken, historical monuments are lying in shambles. There is a lot of work to be done,” says Lahiri, who has declared he would be setting up a music academy here.

Hoping to ride the “countrywide wave” of party’s prime ministerial nominee Narendra Modi, Lahiri is confident of getting the popular mandate in his favour from the constituency where the BJP candidate had lost his security deposit five years back.

“The unending love and adulation which the people here have been showering on me is a clear indication that they are aspiring for a change. I am confident of contributing towards BJP’s commitment to take the country forward,” says Lahiri. The 61-year old says taking the political plunge was a conscious decision, emanating from his desire to repay his admirers.

His views found resonance in both his electorate and party leaders. “He may not speak like an astute politician, but he sounds convincing. He seems honest from his words and we sincerely believe he would work for us,” says Chaitali Das, one of the many women here who believe in the man’s words.

Party district president Krishna Bhattacharjee says: “The Trinamool is growing wary of Bappi da’s popularity. His banners, posters have been torn and even complaints have been made against his road-shows saying they are blocking traffic.”

With Sreerampur having never voted the same person twice in the last 15 years, Lahiri is hoping to sing his way to parliament. But despite the adoring crowds he is drawing, it remains to be seen how much of these translate into votes.