Citizens in Exile: When will the Indian Diaspora have the right to Vote? 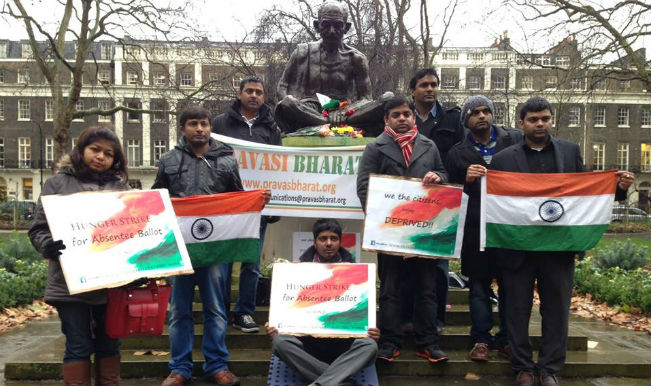 I was recently discussing the frustration of not being entitled to vote from abroad with an Indian friend who currently lives in England. “You can see, but you can’t touch” seems like the appropriate expression to describe how every willing expatriate has been able to follow the run-up to the election through the internet and social media networks, while knowing that they are merely spectators in the world’s largest electoral process.Also Read - Election Commission Removes Ban on Victory Processions, Relaxes COVID Guidelines. Details Here

A recent attempt to garner attention to this peculiar problem was by the Indian expatriate community in Saudi Arabia who pointed out that online voter registration in itself is not enough. Travel fares and work schedules do not encourage travelling to India just to cast one’s vote.  The narrow external voting policy which so far only takes into account government officials and armed forces personnel deployed abroad does not quite fit the needs of a country with the second largest Diaspora in the world. It doesn’t do any justice either to the diversity of migration which characterizes the expatriate population. Also Read - Election Commission Of India To Review Ban On Physical Rallies In 5 Poll Bound States Today

The policy on external voting contradicts the Indian government’s endeavors in building ties with its overseas population. Institutions like the Ministry of Overseas Indians Affairs, and regulating the Diaspora into distinct categories (NRIs, PIOs, OCIs), were set up to bring expatriate Indian people closer to the nation and its government. Also Read - Sikh Cab Driver Assaulted At New York Airport; US Condemns 'Deeply Disturbing' Attack

Whether or not expatriate Indians should vote is not a new debate, neither is it an exclusive issue to India. It is often argued that voting rights should only be granted to those expatriate individuals who still pay taxes back home, or that expatriate individuals do not have enough knowledge of domestic affairs back home and are therefore not capable of voting. Yet in India, the government and its Ministry of Overseas Indian Affairs does not deny the crucial role played by the overseas population in the country’s development. The Ministry ‘s website highlights how the role of the overseas community aids the nation not only in terms of financial development, but also as a bridge to access “knowledge, expertise and skills” that are necessary for the development of the country.  It is unfortunate then that a community that contributes substantially to the development of India is not seen as worthy to have the power to vote in the nation’s most important political exercise.

It would be a mistake to assume that overseas Indians do not feel any concern for the outcome of these elections: the very reason that expatriation isn’t a permanent situation should hint at how concerned an expatriate Indian feels about the future, and not only who will be the next Prime Minister, but also who will win their home constituency, as there is always the possibility for them to choose or to be obliged to return. Moreover, the strong involvement of social networking in the 2014 Election further discredits the idea that the overseas community is not or does not feel concerned by politics back home.

What should be on the Indian Election Commission’s agenda now is a discussion on the feasibility of external voting. The most tangible solution up to this day resides in an even more contentious mechanism: online voting. In certain Western countries, e-voting is seen as a viable alternative voting mechanism for local citizens. This would be the most practical way for the Indian overseas community to reunite with the home political landscape of the country without having to travel. But such a system requires resources and efforts as the vulnerability of a web platform to attacks by cybercriminals, as well as the coordination with a global community of expatriates, does present formidable challenges for the Election Commission. The dynamism of the Indian Diaspora is inclined towards deeper ties with its home country, and mere celebrations such as the Pravasi Bharatiya Divas are certainly not enough anymore. Although it was able to dodge the calls from Diaspora organizations from abroad this year, the Election Commission will sooner or later find itself obliged to acknowledge the rights of the large community of overseas Indian citizens.