Half a percent of Delhi voters opted for NOTA

Lok Sabha elections 2014 results revealed that close to 40,000 voters in the national capital opted for the NOTA (None of the Above) option. 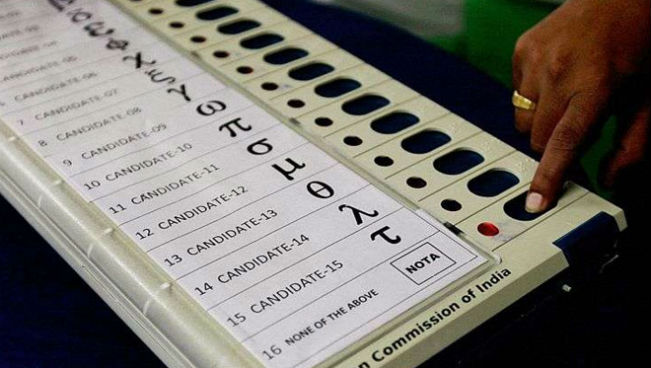 New Delhi, May 17: Lok Sabha elections 2014 results revealed that close to 40,000 voters in the national capital – Delhi – opted for the NOTA (None of the Above) option. Also Read - Delhi's Air Quality Satisfactory; Impact of Stubble Burning May 'Increase Rapidly' From Oct 27

The polls made the BJP the first non-Congress party since independence to win a comfortable majority on its own in the 545-member Lok Sabha. Also Read - Dengue Cases in Delhi Crosses 1,000 Mark This Year, 280 Reported Last Week

However, the number of voters in Delhi who opted for the NOTA option stood at 39,690 or 0.5 percent of the total turnout that was less compared to the figure recorded during the state assembly election held in Dec 2012.

During the assembly election, 49,884 voters chose the NOTA option, which was 0.63 percent of the total turnout.

“Such high number of voters opting for the NOTA option reflects the negativity and averseness people have towards the political system. However, it is appreciable that at least 99 percent of the citizens still have faith that problems can be solved by voting for a better candidate,” a senior official of the poll panel told IANS.

The Election Commission had introduced the NOTA option on the electronic voting machines (EVMs) for those voters who did not wish to cast their ballot for any of the candidates in poll fray, during the 2012 Assembly Elections.

Overall, 5.9 million voters or 1.1 percent of the total number of electorate in the country, chose the NOTA option which was introduced for the first time during the Lok Sabha poll.

Tamil Nadu’s Nilgiri constituency, with 46,559 NOTA votes, was the constituency with the highest number of such votes.