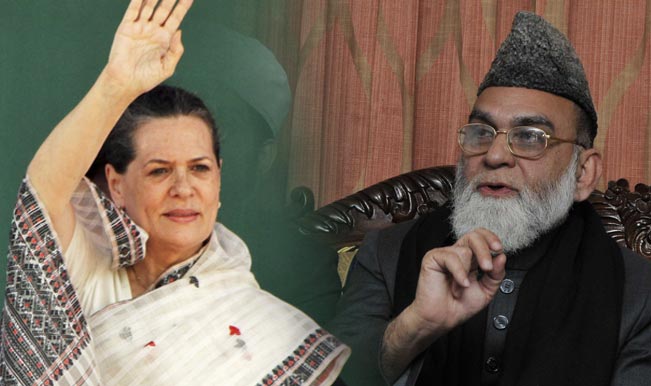 Syed Ahmed Bukhari, the Shahi Imam of Delhi’s Jama Masjid and a leading representative of Muslims in India, recently endorsed support for the Congress party in the upcoming Lok Sabha election, and appealed to Muslims to vote for the Congress. (Read: Muslim Votes: Who is more desperate – Shahi Imam Bukhari or Indian National Congress?) When it comes to communal violence and riots, the tendency in our political leadership is often to pass the buck and blame others. While the BJP Prime Ministerial candidate Narendra Modi’s handling of the 2002 Gujarat Riots has been in the limelight this election, the Congress’ own hands- when it comes to handling communal and sectarian violence- are not exactly spotlessly clean. For the benefit of Mr. Bukhari and others, here is countdown of the top five worst riots that have happened under the Congress party’s watch: Also Read - Delhi-Dehradun Economic Corridor: You Will Soon Reach Delhi From Dehradun in Just 2.5 Hours | All You Need to Know

I put this at number 5 because it is surely one of the most recent horrific riots to have surfaced in the already politically divided state of Uttar Pradesh. It is touted as UP’s worst incidence of communal rioting.  What makes this episode even more gruesome and perverse is the element of sexual violence involved in the riots. Clashes between two communities and sinister communal fundamentalism destroyed humanity yet again. Spanning over twenty days, these riots claimed over 50 lives and drove countless others to flee their homes in fear and seek refuge in camps.

This is surely one of the least talked about and least remembered incidence of communal violence in our post-independence history. Yet another Hindu-Muslim feud to mushroom out of mutual hatred, it was one of the deadliest communal riots since 1947. The initial stage of violence was caused by job insecurity and took place in the slums where it was believed that Muslims were more skilled in weaving jobs. September 1969 was a black month, as more than 500 people were killed and about 6000 houses were damaged- endangering the fundamental existence of entire families and communities. Job insecurity transcended to the elimination of an entire community. The widespread incidences of arson, killing and rape make this one of the worst riots in our nation’s history.

This episode is particularly shocking as the desire to expel illegal immigrants in Assam led to one of India’s most horrendous massacres. Over 5000 people succumbed to this violence in just six hours. 14 villages faced the wrath of fundamentalism, making it one of India’s worst ethnic cleansing incidents.  Early warning signs were completely ignored and this criminal neglect on the part of authorities was paid with the blood of countless innocents. The incident was largely hushed up and no one has ever been punished for this massacre to this day, as a direct result of intervention by the Congress leadership.

When a politician is assassinated, all hell breaks loose. Indira Gandhi– one of India’s most powerful Prime Ministers, was killed by her own bodyguard- a Sikh who was aggrieved by Operation Blue Star. What followed in Delhi and other parts of the country was complete mayhem which ultimately resulted in the killing of 8000 people. Gurudwaras were attacked and innumerable people were beaten to death. The calculated and selective hunting of Sikhs in the nation’s capital was so effective that it is almost impossible to ignore Police and state involvement. This episode continues to be an irredeemable blot on the Congress party’s secular credentials.

When a bunch of revisionists and fundamentalists of the BJP decided to take down a mosque in Ayodhya, all hell broke loose. This remains the darkest hour in our nation’s history and the worst communal violence in this land of religious diversity. Over 3 billion rupees worth of property was destroyed across the nation and that is nothing compared to the human angle of the devastation and violence. Fundamentalism erupted across the nation and rape and murder was commonplace. In Mumbai, the Hindu fundamentalist Shiv Sena alone is said to be responsible for killing as many as 1000 people. Arrests of right wing Hindu leaders further fuelled the violence. Serial bomb blasts in Mumbai in 1993 was considered as Muslim revenge for the mosque demolition. Court hearings, arrests, convictions, accusations, deaths, torment and lost faith in humanity, coupled with an intolerant mob mentality, makes this incident the worst the nation has ever witnessed. This too was under the Congress party’s watch.