Is the idea of India really under threat? 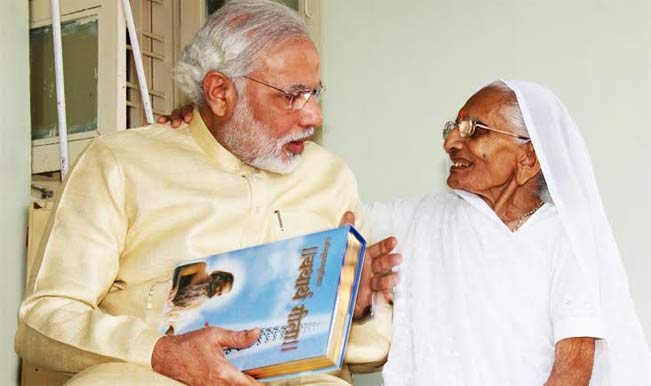 Narendra Modi with his mother

Demand and supply is a critical element in sales. The success of any organization vis a vis sales depends upon how much supply will be enough to satisfy the market demand. The organization that gets the demand supply ratio properly comes out to be the winner against all odds and its competition. Sometimes the sale forces have to work to create demand. This is done with the view of keeping the coffers of their organization flowing with cash and saving their jobs too. Who will pay unproductive employees? After all, there are no free meals, are there? Also Read - Sourav Ganguly to Join Politics in Future? BCCI President Answers

Well, the 16th Lok Sabha election is underway. A part of India has voted. Another part is going to vote. The political parties are busy canvassing. Some parties and their candidates are talking about development. Other parties are busy warning the voters against choosing the divisive elements. This time, the choice is between development and communalism. Those who consider themselves seculars are busy shouting from the rooftops that the idea of India is under threat. Also Read - Uttarakhand CM Cancels Programmes, Rushes to Delhi Amid Rumours of Leadership Change

How is it under threat? It is under threat because some people with faulty ideologies are about to take over the country and those who love the idea should not allow such a colossal mistake to take place. Also Read - Suvendu Adhikari to File Nomination Papers From Nandigram Assembly Seat on March 12, Will Face Mamata Banerjee

Development versus corruption is no longer the trump card. Personal attacks, old footages, off the record remarks and past follies form the bulk of the arsenal. Strategically some blasts from the past are leaked to impact the voting pattern. Every party has got dirt on its rivals and the department that takes care of this activity to keep the rivals in check is known as the dirty tricks department.

Legitimate electoral issues apart, this supposedly dirty material too is of enormous help to mar the particular candidate’s chances at the polling booth by causing him or her embarrassment on the eve of the polling day. This is all part of a package. This is the election season and aren’t all such dirty tricks an integral part of the electioneering?

Well, then there are fringe elements owing their alliances to one party or the other. Their main job is to give heebie-jeebies to the perceived enemy. This fringe group gives a loud and clear message to this perceived enemy watch out because now we are going to come to power. There are remarks like, so and so prime minister was the weakest prime minister. The beauty is ,the parties soon distance themselves from such remarks. The remark has been made and the damage too has been done. It is the symbolic gesture of distancing oneself from the remark that works wonders, doesn’t it?

Barely, the cacophony caused by one controversial remark dies down, another rears it’s ugly head. The Modi critics will have no place in India. They will have to go to Pakistan. The party distances itself. The leader remains defiant. The debate around this statement gathers steam. The opposition gets a chance to say look-we-told-you-so. Some clever people suggest that this particular statement amounts to hate speech and the Election Commission steps in. The footages are sought and the verdict is pronounced but the jury remains out until something else happens.

The Muslims must be evicted from the Hindu areas. This shocking statement grabs the headlines. I-am-being-framed-by-my-political-rivals and the-news-is-fabricated, is what we get in reaction as the outrage reaches its crescendo. The truth will prevail one day.  The electioneering must go on. An ideal story should have action, emotion, romance and dance accompanied by song and music. That is the formula of a potboiler that we Indians love. The general elections come once in five years. What will they be like if there are no personal attacks on the rivals and hate speeches by the fringe groups? Sometimes overexcited leaders on the stage flanked by their party bigwigs get carried away and end up suffering from the foot in the mouth disease. There is nothing to be alarmed about. Nobody will be sent packing off to Pakistan. Nor will the Muslims be evicted from the Hindu areas.