Narendra Modi: The first time MP who went on to become the Prime Minister

Did you know that Narendra Modi was not a member of the Gujarat assembly when he took over as the chief minister? 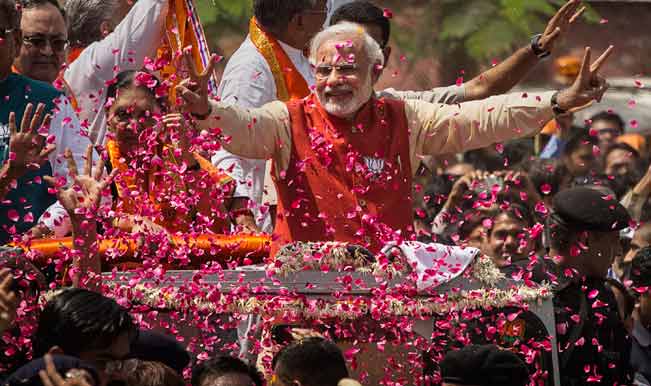 Did you know that Narendra Modi was not a member of the Gujarat assembly when he took over as the chief minister? He became Guajrat chief minister. Likewise BJP declared him as their Prime Ministerial candidate when he was not even member of the Lok Sabha and would be contesting his first Parliamentary elections. The rest as we all see now is history.

India has had populous politicians in its history but no one has this achievement against his name. To be a chief minister even without being a MLA and to be prime minister on being his first MP, is anybody’s dream. To enter the chief minister’s office for the first time and that too as a chief minister is quite heartening. Narendra Modi would have never thought of being air dropped in a state, and that to be proposed as the chief minister of the state. Similar things happened in the year 2013. When the clamour of Narendra Modi as the next PM was on a high, the party had to resort to the pressure of making him their prime ministerial candidate.

And since September 2013, there’s no looking back. Narendra Modi has travelled the path less trodden and has emerged a winner. The BJP under his leadership won the elections emphatically and decimated the Congress under the 50-seats tally.