"Our partnership dates back to 30 years. The Shiv Sena will always remain faithful to the NDA," Thackeray said. 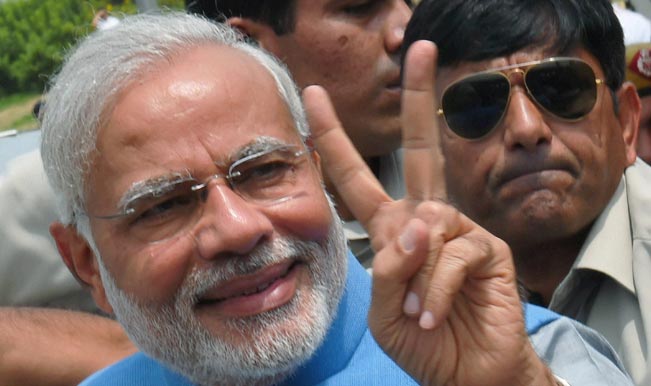 “The Shiromani Akali Dal and the Bharatiya Janata Party (BJP) are very old allies, and I would like to extend the wishes of the whole of Punjab to Modi,” Punjab Chief Minister Parkash Singh Badal said here.

Shiv Sena chief Uddhav Thackeray said this was the beginning of the “happy days” — a tag line coined by the BJP during the run-up to the 2014 Lok Sabha election.

“Our partnership dates back to 30 years. The Shiv Sena will always remain faithful to the NDA,” Thackeray said.

Modi later acknowledged the good wishes of all the 29 NDA partners, reassuring them that they would remain significant in government functioning even though the BJP enjoyed majority in parliament on its own.

“You are important for us. I would like to say you have done as much work to ensure the NDA’s success as did the BJP,” Modi said.