Has the Congress already surrendered in Delhi?

The fight for Delhi is going to be a close call. 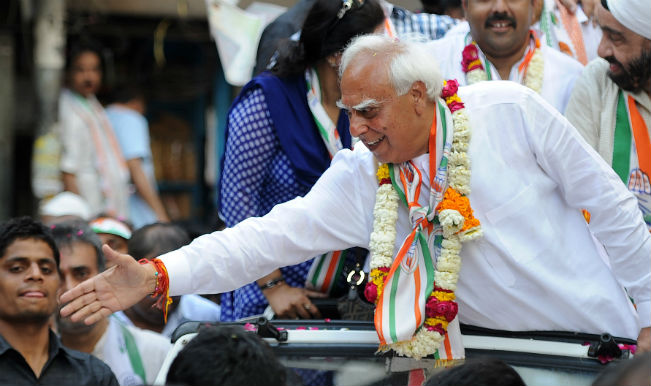 The mood of the people in Delhi seems to be evident enough, with news and trends showing debates and discussions revolving around BJP and AAP only. While Congress has big names in the race today, hardly anyone among them seems to be a favourite among masses this time. Going by the results of last Assembly elections in Delhi, AAP and BJP are more than confident that they will get the support of people in the Lok Sabha elections as well. So far there is no proof that the results of Assembly elections can be a basis for the Lok Sabha as well but it somehow reflects the choice of the voters. Even if we talk about campaigning, Congress was seen missing largely. BJP was the most active party when it come to campaigning like ads, hoardings, BJP slogans, social media and all this year, AAP also tried everything from going door to door for votes to distributing its posters and trade-mark caps.

BJP that is cashing in on the incumbency factor of the UPA, got the 31 seats in the Delhi Assembly elections, while AAP got 28 and Congress 8, which was a major set-back for the Sheila Dikhshit led Congress government as she administered Delhi for 15 long years continuously, the reasons popularly being corruption, price-rise etc. The Congress government at the Centre is believed to be the major disadvantage for Sheila Dikshit.

Aam Aadmi Party that came on the scene only last year emerged powerful within quite a short span of time. Arvind Kejriwal who started his anti-corruption campaign with Anna Hazare, formed his own party and started from the capital of India. AAP attracted voters easily with slogans of anti-corruption and a clean government. AAP is said to have been the biggest challenge for Congress as its vote share in Delhi got divided. Particularly the youth and Muslims of Delhi sided with AAP in huge numbers and Congress was defeated. But the stint of Arvind Kejriwal for 49 days, has left some of its supporters angry and upset and Congress might cash on that opportunity.

Even though Congress this time has big names in Delhi including Ajay Maken, Kapil Sibal, Sandeep Dikhshit, J P Agarwal contesting in the third phase of Lok Sabha elections, they will have a tough competition in each constituency. Although leaders like Sibal and Maken have been winning continuously from their constituencies with big margins, this battle will be a different one. This race is going to put everyone on a stiff test as every candidate has a strong opponent to face. Whereas earlier it usually used to be a two-pronged fight, with AAP this time the fight will be more competitive and a closer one. Whether senior leaders of Congress would be able to save Congress’ face will be decided today only by the voters!