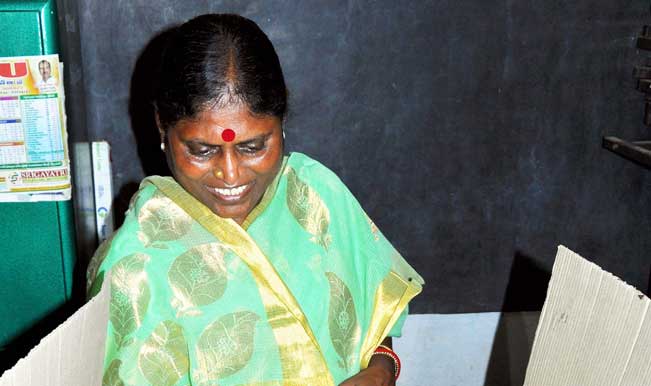 New Delhi, May 13: With the 2014 general election registering a record high voter turnout of 66.38 percent — with as many as 15 states and union territories returning their highest polling percentage, the Election Commission of India, a constitutional body, is being credited for its efforts to reach out to the voters, especially youth and women.Also Read - First Woman to Join Army Aviation Corps as Combat Aviator Conferred With Coveted Wings

“It is a great achievement. I think the SVEEP (Systematic Voter Education and Electoral Participation) activities have to be counted as the main reason behind such a high voter turnout,” former chief election commissioner S.Y. Qureshi told IANS. Also Read - Fourth COVID Wave In India Due To Cases Of Omicron BA.4, BA.5 Variants? Govt Panel Chief Reveals Details

The SVEEP, which was started by the Election Commission after the 2009 Lok Sabha poll, focuses on increasing voter awareness and their education, improving electoral participation and revising and updating electoral rolls. Also Read - Yasin Malik: Top Facts About The Kashmiri Separatist Who Says ‘Will Accept Hanging’

Under the initiative, actors Soha Ali Khan, Sonakshi Sinha, Saif Ali Khan and Jimmy Shergill urged people ahead of the assembly election last year to vote, while others like Jacky Bhagnani, Neha Sharma and comedian Kapil Sharma encouraged the voters this time.

Ojha said that unlike previous occasions, there was an unprecedented rise in the voting percentage of the youth.

Another poll official said the youth and women were the main targets. “Over 10 lakh (one million) young voters were enrolled as voters and also made to pledge that they will vote. Such campaigns were held at colleges,” the official told IANS.

Ojha further said that voters were also influenced by the way political parties advertised and campaigned. “Maybe the Modi factor influenced the voters in our country. The AAP’s style of door-to-door to campaigning can also be counted as a reason,” Qureshi added.

In India, the previous highest voter turnout – 64 percent – across the country was recorded in 1984, when the Congress party swept to power with a record margin following a sympathy wave in its favour in the wake of prime minister Indira Gandhi’s assassination.

The turnout this time was considerably higher than 2009, which saw a 58.19 percent turnout nationally.