Sonia Gandhi hits out at BJP and Trinamool Congress

Congress president Sonia Gandhi Tuesday accused BJP leaders of crossing every limit of decency to malign the Congress and create a vicious environment across the country. 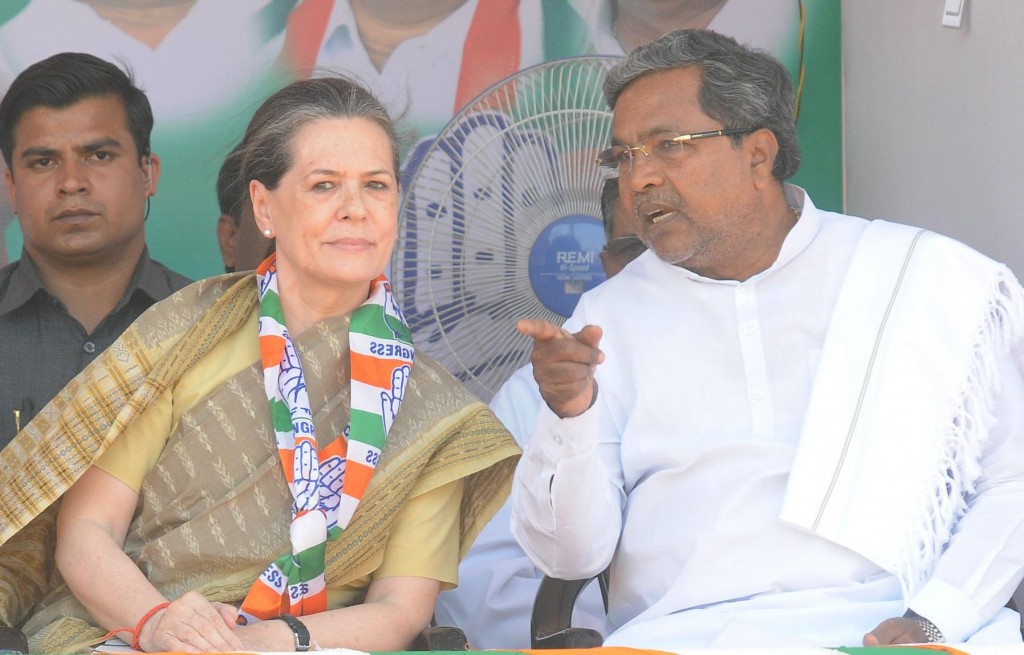 “Parties are campaigning for the Lok Sabha polls, but there are a few parties whose main agenda is to level false allegations against the Congress. Especially it is the BJP leaders who in order to mislead people, are crossing every limit of decency,” said Gandhi.

“In their bid to acquire the prime minister’s chair, they are creating a vicious environment across the country. It seems they do not have any faith in our country’s social, political and constitutional traditions.

“They (BJP and Trinamool) are spreading a net of lies for acquiring power. We are concerned about how safe the country’s democracy will be, if such a party comes to power,” said Gandhi.

Canvassing for Congress candidate Deepa Dasmunsi from Raignaj constituency, Gandhi attacked the erstwhile Left Front and the incumbent Trinamool government for indulging in politics over development.

“It becomes a matter of sadness, when the state government plays politics over the issue of development. A politics which hampers development, which impediments welfare of the common people, should not have a place in our democracy,” she said accusing state governments of denying land for setting up of an AIIMS like hospital in Raiganj.

“We all know how every person has to struggle to save money for his children’s future and emergencies. But in connivance of the state government, chit fund companies here have looted and ruined more than 18 lakh families,” she said.

Gandhi also expressed concern over the law and order situation in West Bengal and lamented the “ineffective implementation” of rural job guarantee scheme by the state government.

“Had the state government properly implemented the MNREGA, the people here would not have ventured out in search of livelihood.

“Be it the Left or the Trinamool, both have neglected development,” added Gandhi.