Divide and win: This is how Narendra Modi will win Varanasi 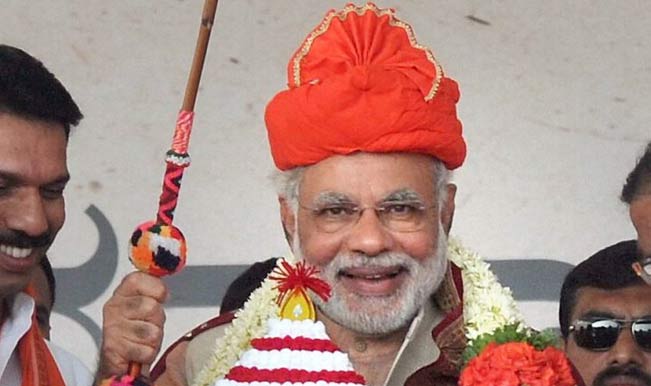 Varanasi has been a BJP stronghold for the past two decades. Here, every councillor, mayor, legislator and parliamentarian is from the BJP. Yet this eternal city is still awaiting its share of modern development. On March 19, when the BJP’s much-hyped prime ministerial candidate, Narendra Modi, decided to contest the Lok Sabha elections from Vadodara, in addition to Varanasi, it sent shockwaves across Varanasi, leaving people sceptical and dismayed. Amidst the politics of polarisation in eastern UP, is Varanasi headed towards a second betrayal? Also Read - Suvendu Adhikari to File Nomination Papers From Nandigram Assembly Seat on March 12, Will Face Mamata Banerjee

When the BJP announced its decision to field Modi from Varanasi, people here heaved a sigh of relief thinking that if Modi is elected PM, then the city had a good chance of getting a much needed makeover- with better roads, round-the-clock electricity and other essential amenities.

The city’s demographics consists of 14% Muslims, 25% OBCs, 13% Dalits, and 46% upper castes, including Brahmins, Thakurs, etc. In his leap from Gujarat to Varanasi, Modi has politically extirpated several senior leaders, infuriating upper caste voters, specifically the Brahmins. The way the party brushed aside its chief Brahmin representatives Murli Manohar Joshi and Kalraj Misra sent a negative message to the upper caste voters of Varanasi. Slogans against the party like ‘Brahmin free India’ are being raised. Social media is abuzz with discussions on the destructive combination of Modi and Rajnath.

However, the propaganda policy of the BJP, spreading falsehood through fake profiles on social media, has no match. The BJP and RSS are such expert propagandists that they are fully capable of defrauding the people of Varanasi once again.

Now Modi has decided to contest elections from two seats – Vadodara in Gujarat and Varanasi in UP. In case he wins both, he will have to pick one. The way Modi favours and lauds Gujarat, it is not hard to predict which one he will pick. In such a scenario, Varanasi will be back to square one, as its dreams of development once again, remain dreams.

It’s important at this point to briefly trace the political history of Varanasi. When the Ram Mandir fervour was at its peak, the BJP had fielded Shrish Chandra Dixit from Varanasi. After winning the elections, Dikshit never visited his constituency again. In the next elections a local resident, Shankar Prasad Jaiswal, was nominated by the BJP. He represented the constituency thrice. When the public grew tired of the BJP’s false slogans and broken promises, Congress was voted into power.

In 2009, a flustered BJP brought in Murli Manohar Joshi who had already lost in Allahabad. The decision to field an outsider caused uproar within the party. Several leaders left the party, others were kicked out. The BSP allegedly gave their Lok Sabha ticket to Mukhtar Ansari as per a deal struck by the top leadership. A polarisation of Hindu-Muslim votes thus helped Joshi win. However, Joshi’s was not a sweeping victory as he hardly got a lead of 17,000 votes over his closest opponent, Ansari.

Much time has passed since then. The BJP has reframed its slogans and changed several candidates, but they gave Varanasi nothing except false hopes of development.

Meanwhile, the ground reality of Varanasi presents a different picture. The city has been acknowledged as the cultural hub of the country. It is also considered the industrial and trading capital of eastern UP or Purvanchal. Varanasi is famous for its silk and sari industry. But the skilled Muslim weavers of banarsi saris are forced to live in misery. Entire roads of the city are covered in potholes, with heaps of garbage welcoming visitors at every turn. Issues of law and order, lack of basic amenities, poor electricity and water supply, and unceasing traffic jams have made life difficult for residents here. The force working in favour of Modi is not his popularity, but a hope that once Modi becomes the PM, the city will automatically benefit.

Elections are still one and a half months away. If Modi is concerned about Varanasi’s development, he must give up on the idea of contesting from Vadodara. After all, Gujarat is already shining. It is time for Modi to showcase his development model elsewhere.