BJP continues the good show in areas where the party traditionally has been doing good over the years. 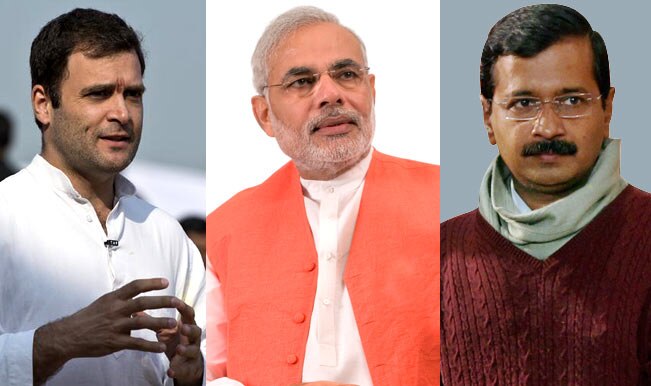 Mumbai, Mar 14: Bharatiya Janata Party (BJP) is the first choice of the voters while the ruling Congress comes a distant second. According to a Zee Media-Taleem pre-poll Lok Sabha survey BJP leads the pack with 37.9 percent of vote share while Congress had only 20.3 per cent support. Arvind Kejriwal led Aam Aadmi Party (AAP) sees its support base grow in the entire north region comprising Haryana, Himachal Pradesh, Punjab, Delhi and Uttarakhand. The party gets thumbs from 2-9 per cent voters covered in the survey. Also Read - TMC MP Sushmita Dev's Convoy Vandalised in Tripura, Party Alleges BJP Behind Attack

BJP continues the good show in areas where the party traditionally has been doing good over the years. Central India where party has two governments in Madhya Pradesh and Chhattisgarh will see the party getting good support. South again remains an area of concern for the party as it fares poorly there with 20 per cent support. The party does not seem to to find favours with Muslims either as only 14.1 per cent voters support the party in the survey. Also Read - Sudhaa Chandran Appeals To PM Modi After Airport Authorities Asked Her To Remove Her Prosthetic Foot

The good news for BJP comes from the educated class of voters with 43.7 respondents supporting the saffron party while only 15 per cent supporting the Congress. Even among Service and business” class voters, Congress’ vote share is limited to 18.5 per cent.

The young voters in the age group of 18-25 years (67.5 per cent) were the most eager for a change. Over six out of 10 (62.1 per cent) voters felt necessary to change the central government under the current circumstances of deteriorating economic situation of the country.

As many as 17.4 per cent respondents did not declare their voting preference or were not sure to which party to vote for.  It was most significant in West Bengal (50.8 per cent), Odisha (32.5 per cent), Kerala (40.2 per cent) and Himachal Pradesh (42.5 per cent).  The voters are waiting for the poll alliances to be in place before deciding which party to support.

Change of Central Government is Necessary in Current Circumstances

Zee News in association with the Taleem Research Foundation conducted the extensive survey across the country on the ‘mood of the nation’, the parameters that voters consider important and finally their political preferences. They survey was conducted from February 19 to the March 2 2014.

The pre poll Lok Sabha Survey 2014 covers 56 parliamentary constituencies across the country. In the sample the voters’ proportion was 54.0 per cent men and 46.0 per cent women. The survey mirrored the religious, age, caste, education and income proportions of the voter base.