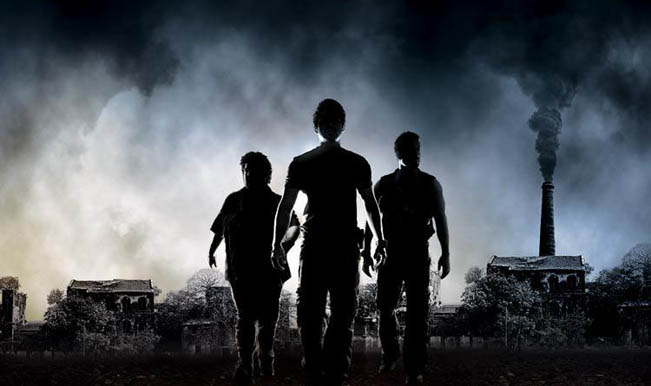 In a dilapidated mill compound in Mumbai enters Ranvijay Singh’s character Sunny to challenge the paranormal existence at the place that is supposedly haunted. The hunk screams at the top of his voice to provoke the ghost lurking around.” Main Sunny hoon. Come, get me.” A rather timid and generously stout friend (Played by the relentlessly enjoyable Kavin Dave, (by the way, he is the only saving grace of the movie) who is accompanying the macho stud on his ‘let’s-catch-the-ghost-on-camera’ endeavour questions. “Tu kya (sunny) Leone hain jo bhoot tujhse attract hoga?” We giggled at this appropriately placed and intentionally hilarious response. Also Read - Dil Bechara Not a Movie Review: Goodbye to That Last Smile on Face And The Last Twinkle in Eye

Alas, director  Vishal Mahadkar’s horror flick 3 A.M. has moments that make you break into splits (more often unintentionally) but it serves a rather promisingly original horror plot that has rare moments which don’t fail to  send chills down your spine. Throughout out this spook-fest we got engaged thanks to the fat guy Raj’s (Kavin, again) spot-on comic timing than the misty’eyed Ranvijay who cries or smiles with one patent expression on his face or the evil element who scowls more than he scares (Salil Acharya is spotted  howling when not hamming in his attempt to..well act). We surely got scared, but enjoyed the regular share of laughter that kept rolling in- and the most of the chunk, of that royal share, by the way, was highly unintentional. Also Read - Gulabo Sitabo Movie Review: Amitabh Bachchan is Gold in This Lacklustre Story

The plot is quite simple but it has been mindbogglingly portrayed on celluloid. Sunny, Cyrus and Raj (Ranvijay, Salil and Kavin respectively) work for a TV channel. They are buddies ever since they were in their diapers, it seems. Liberal use of the Bro’s, Buddies’ and Dude’s suggests so, albeit loudly. Sarah (Anandita Nayar) is the love interest-turned-wifey of our Singh boy aka Sunny. The love birdies address each other as baby more often than the number of times they bat their collective eyelids. While working on a reality show on paranormal existence, at a certain Rudra Mill, Sarah is found dead, hanging herself in the ill fated mill,  thereby leading her newly-minted husband to follow the trail.

Accompanied by Cyrus and Raj, Sunny sets out on an endevour to capture the world of spirits on his camera. What follows thereafter  is supposed to be scary, but the inept direction, lazy writing and bad acting converts this venture into a relentless torture, a real horror story for audiences.The gore and the bloody glory escalate to the level that you feel watching and surviving this tale should be a task on Ranvijay’s reality show MTV Roadies. We are sure even a certain Raghu will think twice before accepting the dreadful challenge!