The trailer of 31st October released today and it is giving us the jitters. The film is based on the aftermath of the assassination of Prime Minister Indira Gandhi in 1984. 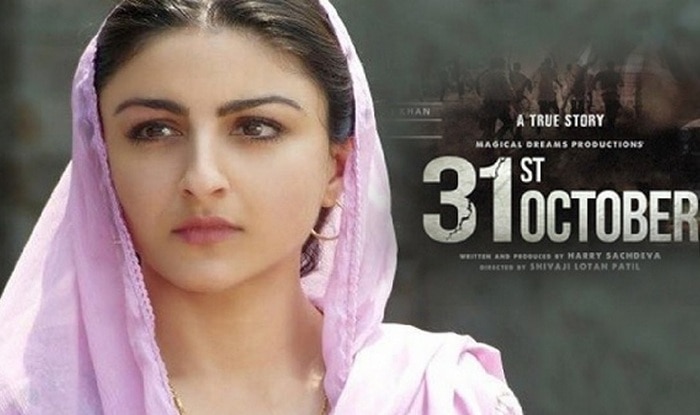 The trailer of 31st October released today and it is giving us the jitters. The film is based on the aftermath of the assassination of Prime Minister Indira Gandhi in 1984. The PM was assassinated by her Sikh bodyguards she trusted and there were anti-Sikh riots in the country after her death. But are all people of the Sikh community assassins? Are they all traitors or Pakistani spies? These are some of the questions asked in the film 31st October. Directed by Shivaji Lotan Patil, 31st October stars Bollywood star Soha Ali Khan and Vir Das in the lead. ALSO READ: 31st October: Soha Ali Khan’s film on Indira Gandhi’s assassination wasn’t easy, says producer Also Read - Vir Das Teams up With Narcos Star Pedro Pascal For Judd Apatow’s Netflix Show 'The Bubble'

Apart from her masala entertainers, actress Soha Ali Khan has essayed important films in intense films like Rang De Basanti, Mumbai Meri Jaan and some more, and she seems to be apt for her role of a Sikhni in 31st October. Soha and Vir’s family is caught in the anti-Sikh riots in Delhi and are attacked. Are they saved by the Hindus? The film, produced by Harry Sachdeva, Magical Dreams Productions and Anand Motion Pictures and presented by Panorama Studios, releases on October 7, 2016. 31st October stars Soha Ali Khan, Vir Das, Vineet Sharma, Deep Raj Rana, Gurjit Singh, Lakhwinder Singh, Aksshat Saluja and Nagesh Bhonsle, among others. The music is by Vijay Verma. Also Read - 'Absolutely, It Was A Mistake': Rahul Gandhi On Emergency

31st October was screened at the Vancouver International Film Festival, Toronto Film Festival and the London Indian Film Festival to applause, but the Central Board of Film Certification (CBFC) cleared the film only after the suggested nine cuts were carried out. Gory scenes in 31st October have been cut. Harry Sachdeva had said in an interview, “It was not an easy journey to attempt and complete 31st October, owing to the sensitivity of the subject in which thousands of Sikh families had to leave their country and settle in a foreign land.”

Hope the film turns out to be good at least for the careers of the lead stars Vir Das and Soha Ali Khan and the makers. Watch the trailer of 31st October here and tell us if you like it!