From Prostitution to child sexual abuse, these Bollywood films tackled subjects that are too scandalous and a taboo

Each time crimes such as rape or molestation make headlines, we see Bollywood stars take to social media and condemn the heinous acts in the strongest way possible. But that reacting to an incident that makes national news is a given. What is interesting here though is how Bollywood actresses have been talking about some of the ugliest of realities prevalent in our Indian society during the interviews before their film release. Sensational statements do make for great headlines and helps them be in news for days. But what is to be acknowledged here is the fact that actresses are opening about some of the most scandalous and taboo topics. Also Read - Anurag Kashyap, Taapsee Pannu Face I-T Raid: Twitter Memes Say Kangana Ranaut is Happiest Today

From Prostitution to child sexual abuse, actress like Vidya Balan, Taapsee Pannu, Alia Bhatt and more have been able to talk about some sensitive subjects, sometimes sharing their own personal experiences and in the bargain, inspiring women to speak up as well. The important role that Bollywood films have played in making this possible cannot be undermined. For a fact, it is the subject of the films that these actresses are part of that is making conversations around the ‘uncomfortable’ territory a little easy. Here are five fairly recent films that have helped Bollywood actresses address some of the murkiest issues that are screaming for attention! Also Read - I-T Raids at Taapsee Pannu's, Anurag Kashyap's Residence Over Tax Evasion Issue 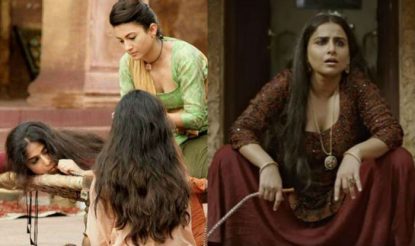 Vidya Balan has been promoting her film right now and her film has once again refreshed the debate ‘should prostitution be legalized or not’. While the actress has stayed away from commenting about this, she has time and again expressed the pain she felt while playing a madam of a brothel in Begum Jaan. She admitted that personalizing the challenges that sex workers face has left her shaken.

Vidya has said, “People will think about how they think of women and prostitutes. Lot of things that I have felt strongly about have found voice in this film. I don’t know about that as it would be presumptuous of me to hope for such a big change.” (ALSO READ: Do you know Begum Jaan Vidya Balan learnt to shoot a rifle in 10 days?)

In another interview, she said, “When I started researching and preparing for my role that time I realized the frustration, pain, anger these women go through and that was really disappointing for me. When you are playing such character that time you realize exploitation of their body, mind and emotions and I don’t think it easy for them that is real reason why in real life and in this film as well, they abuse a lot because that is the only release point for them to express themselves.” (ALSO READ: Is Vidya Balan pregnant? Begum Jaan star has the perfect answer for all those curious about her baby plans!)

More recently while talking to a TV channel Vidya spoke about why women don’t report cases of sexual abuse. Vidya said that it is the feeling of guilt and the constant fear that you will be judged and blamed for bringing it on to yourself that stops women from reaching out for help. She also said that when such an incident happens in someone’s life, you take time to process it and muster the courage to finally report it and then, you are asked, ‘aap itne din kya kar rahi thi?’ Hinting at the possibility of how the story is fabricated. 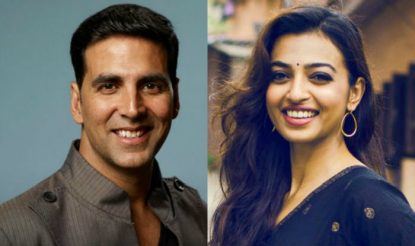 The story is obviously about a topic that has remained a taboo for centuries now. While there have been numerous campaigns by sanitary napkin brands, they haven’t been able to make discussions over a woman’s period normal. But due to the film’s subject, female lead Radhika Apte and producer Twinkle Khanna have got an opportunity to address the elephant in the room. (ALSO READ: Radhika Apte’s nipple flash in this bold photoshoot is an epic take down on all slut shamers!)

In a recent interview to a daily, Radhika said it the way it is! She highlighted hwo anything to do with the human body becomes a restricted topic for discussion in India. She said, “I think our country is very ashamed of sexuality, physicality, or human body. Anything to do with human body or sexuality is a problem here.”

She also addressed the awkwardness around period, which is a natural process just like giving birth! She said, “A natural process like menstruation should be spoken about. It should not feel awkward touching or buying the pad in front of people. These are small things with which people have issues.” She was quick to add that it is not just men but women too who hesitate to talk about it in the open. She said that PadMan hopes to change that.

Twinkle Khanna too, who is the producer of the film, spoke to the media at an event and said, “It will bring awareness about something which has so far been cloaked and shamed and I am very happy to be a part of it.” (ALSO READ: Twinkle Khanna’s reaction on the TVF row deserves a slow clap) 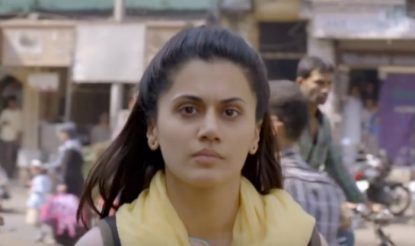 Film: Pink and Naam Shabana
(Pink) Story of a woman who gets sexually assaulted, is courageous enough to seek help and is shamed at every step for bringing it all upon herself.
(Naam Shabana) Story of a female spy, the film underlines how women are strong and can be trained in self defense to be self reliant
Starring: Taapsee Pannu
Conversation: Eve-teasing, dealing with sexual assault, consent, self defense and self reliance, speaking up, gender discrimination at work

Taapsee Pannu became a name to reckon with her portrayal of a shaken yet strong woman in Pink. He played a sexual assault victim who chose to speak up and fight for justice. The film tackled issues like victim blaming and consent and the importance of speaking up. During the promotional events of the film, Taapsee related an incident where she was eve-teased. She confessed that while she had been eve teased during college days, she recently experienced it in Mumbai when she was on the way to meet a friend. She was crossing the road when two people on a bike made a comment on her and then started laughing. Reiterating how it is important for women to stay strong in such situation and not take any of this lying low, Taapsee further said that she turned back and gave the boys a confident and menacing stare which made them understand that she cannot be messed with.

The actress awaits the release of her film Naam Shabana that’s due to hit theatres next week. The film that has a female lead playing a spy had an underlying message that women can work on an equal footing as men. It also talks about how self defence is a foolproof way to stay safe. Taapsee has spoken about the gender inequality at work place while promoting Naam Shabana. Like any corporate, the film industry too is not devoid of gender discrimination and pay gap does exist. In a Facebook post, Taapsee revealed how the makers put the blame on her when three of the films starring her bombed at the box office. While the male leads were applauded, she was tagged as someone who brings bad luck to films. She also shared how actors have refused to work with her since she isn’t one of the ‘A list actresses’ and while equal pay is what should be the norm, she had to fight to get paid even the most reasonable amount. (ALSO READ: Naam Shabana star Taapsee Pannu to Kangana Ranaut: You can’t blame nepotism for not getting work)

She also revealed how a man tried to feel her up and poke her in the middle of the crowd in Delhi recently but she was fast enough to grab his finger and twist it to teach him a rather painful lesson. 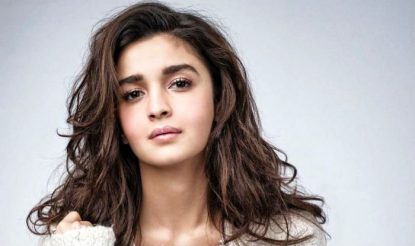 Film: Highway
Story of a young girl and how she gets abducted, spends days travelling around the country with her abductor and learns an important lesson about true love and ends up discovers what she really wants from her own life.
Starring: Alia Bhatt
Conversation: Child sexual abuse

The film Highway dealt with child sexual abuse in the most sensitive, subtle yet strong way possible. Alia, who played the young girl who gets sexually abused by her own family member, has said that she believes child sexual abuse does happen and to not only girls but boys as well. She said that the film highway and more like it are extremely important since, “There is a world out there which every child should know; it would only protect him/her. More often than not, children don’t know what’s happening with them when they are being abused (sexually). Educating them might just help.”

She also made a very valid point of how parents don’t arm their kids with full information about something and how that can cause the most damage. “Isn’t this (child sexual abuse) the reason why every parent keeps telling his/her child that he/she should not talk to strangers? And the children keep asking why they should not. Shouldn’t kids be provided answers?”