5 reasons why Baahubali 2: The Conclusion is the most awaited film of 2017

SS Rajamouli has saved the best for the last! Here's what to look forward to in Baahubali 2: The Conclusion

The countdown has begun for one of the most awaited sequels of all time – Baahubali 2: The Conclusion. SS Rajamouli’s magnum opus is just a few hours away from hitting the screens tomorrow April 28, 2017. The film, starring Rana Daggubati, Prabhas, Tamannah Bhatia and Anushka Shetty in pivotal roles, has been nothing less than a phenomenon! The first part – Baahubali: The Beginning – received much love and appreciation from the audience, be it the story or the spectacular cinematography. While the first part caught the audience unawares when it ended in the most epic way, the second promises to deal with all the characters in detail! Also Read - Saif Ali Khan to Play 'Lankesh' Ravana Opposite Prabhas's 'Ram' in Om Raut's Adipurush

So if you were upset about not getting enough of your favourite stars on screen, part 2 will give you enough opportunity for that. Also, if part one gave you little time to take in the grandiose of the extraordinary, larger than life sets, in its 2 hour long duration, Baahubali 2 will ensure that you get good time to treat your eyes. But this is not all! Unlike the case with most sequels, which offer little scope for audience to be curious and stay hooked, Baahubali has managed to keep the inquisitiveness alive amongst the audience even after two years. Also Read - Adipurush: Prabhas to Play 'Prabhu Ram' to Perfection, Director Om Raut Reveals All 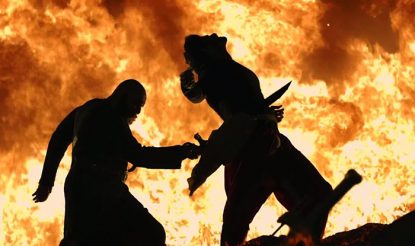 The cliffhanger scene that left everyone asking – Why Kattappa killed Baahubali?

The life changing question
Baahubali: The Beginning had a cliffhanger ending leaving everyone desperate to know the real reason why Kattappa killed Baahubali. The day is not far when we all will get the answer to this question that has given many cine goers sleepless nights. There have been ample predictions and theories around this and it will be interesting to watch the surprise SS Rajamouli has in-store for the audience in this one. 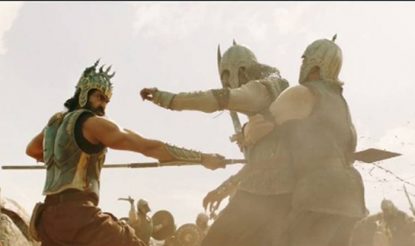 Get ready for the deadliest of battles ever seen on the big screen!

The war
The first part established the animosity between Bhallaladeva (Rana Daggubati) and Amarendra Baahubali (Prabhas). Now, the second part will underline the details of what caused the rift. It will also show Amarendra’s son Mahendra Baahubali (also Prabhas) going back to the Mahismati kingdom to claim what is rightfully his and avenge the death of his father. The war where Baahubali finally takes down Bhallaladev and his men will be worth the wait! (ALSO READ: Baahubali 2 box office prediction: Prabhas-SS Rajamouli’s film to be the FIRST movie to garner Rs 100 cr on Day 1?) 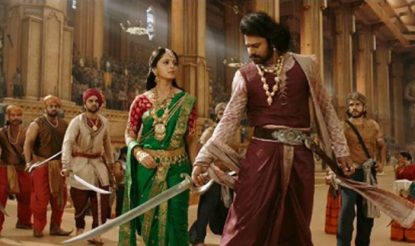 The chemistry
Baahubali: The Beginning introduced us to the beautiful chemistry of Mahendra Baahubali and Avantika (Tamannah Bhatia) and now the second part will take us into the world of Amarendra Baahubalil and Devasena (Anushka Shetty). Will Prabhas share an equally amazing chemistry with Anushka? There have been rumours about the two stars dating each other in real life and that makes it all the more interesting to see their love come alive on the big screen. 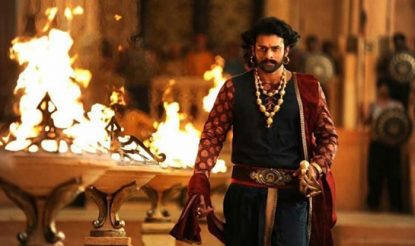 Double treat for all Prabhas fans!

Prabhas’ various avatars
Prabhas is a Telugu superstar and Baahubali made him a name to reckon with in other languages as well. Baahubali 2: The Conclusion will have the back story of the Bhallaladeva and Amarendra Baahubali and at the same time it will also have Mahendra Baahubali in action! It will surely a treat for the eyes for all Prabhas fans as they will get to see him in not one but two avatars! (ALSO READ: Baahubali 2 The Conclusion: Prabhas-Rana Daggubatti’s magnum opus makes whopping Rs 500 crore even before release!) 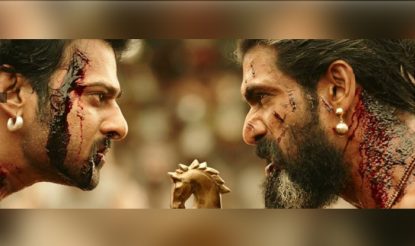 The epic Bhallaladeva – Mahendra Baahubali face off in Baahubali 2

More drama
As confessed by the director of the magnum opus, the second part of the film, Baahubali 2 will show in-depth drama between the principle characters of the film – Bhallaladeva and Baahubali. In an interview, he revealed that the first part was just an introduction and in the words of a wise character (Shah Rukh Khan) from Om Shanti Om, “picture abhi baaki hai mere dost.”

The film releases by the end of this month. Meanwhile, check out the Baahubali 2: The Conclusion trailer and keep the curiosity alive!