The verdict seems clear: “Dum Laga Ke Haisha” is a box office and a critic-approved hit—and even more endearing than the film itself is its breakout female star, Bhumi Pednekar. 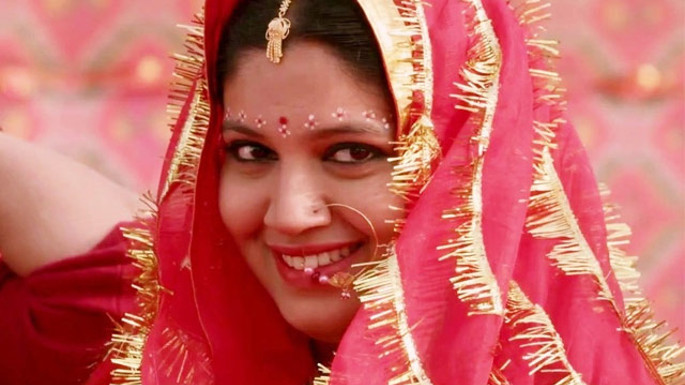 The verdict seems clear: “Dum Laga Ke Haisha” is a box office and a critic-approved hit—and even more endearing than the film itself is its breakout female star, Bhumi Pednekar.

If our count—and our sources—are correct, she is the 30th actress to be launched by Yash Raj Films, and ever since hitting the big screen she has been turning heads and infusing an invigorating energy into a seriously sluggish first quarter in Bollywood.

We take a look at five things to know and love about the charming new actress.

She’s been a secretly aspiring actress for years: Acting in films has been a harbored goal for Bhumi since childhood, though an acute awareness of the typical Bollywood standards for physique has prevented her from speaking up about her dreams.

It would seem that fate had other plans—beginning work at Yash Raj Studios at merely 18 years old, Bhumi worked her way up over seven years, from casting assistant to the lead in “Dum Laga Ke Haisha.”

In fact, she was auditioning other actresses for the role of DLKH’s Sandhya before she was considered for the part herself.

She’s a through-and-through child of the 90s: Well, she’s got to be if she cites her favorite moment of making DLKH as being the shoot for the “Dard Karara” song.

An unmistakable and blatant throwback to one of the best decades for Bollywood, the number see’s Bhumi and Ayushman Khurrana going all out on the 90s theme, from lip synching to Sadhana Sargam and Kumar Sanu’s playback vocals to dancing alongside questionable props of the “side dancers.”

Bhumi has spoken at length about watching Chinni Prakash make an icon out of Govinda and hits like “Chumma Chumma” with his distinct choreography, and she describes working with him as one of the aspects she was most excited about for the film.

She’s not just a pretty face: For Bhumi, playing Sandhya wasn’t just about fitting the physical attributes of the character. Determined to really get into the role, she worked on her dialect and acting chops in order to pull it off convincingly. With the help of co-star Seema Pahwa, she perfected her accent.

Bhumi also spent time in Haridwar, where Sandhya is from, living at the house of one of the film’s line producers, shopping at local bazaars and going to neighborhood hair salons in order to acclimatize to the way of life in a town completely unlike the one she grew up in.

She’s having the last laugh: While Bhumi has consistently maintained that her weight has never been a source of concern for her (right on!), she also admits to being teased by friends during her younger years for her slightly heftier figure.

But support from her family instilled confidence that, to this day, has anchored her ability to look in a mirror and acknowledge the beauty she sees in her reflection.

We have a feeling that’s going to take her far in the cut-throat, ruthless industry she has been thrust into!

She’s mom’s girl at heart: Daughter-in-law of the YRF empire Rani Mukherjee herself made a special request to meet Bhumi after watching the film; rave reviews have been pouring in since the day of its release, and she’s being hailed as a “role model” and an “icon” for Indian girls around the country.

But the compliment Bhumi ultimately holds dearest comes from her own mother, who upon watching the film, commented that Bhumi had made her proud.