Upcoming erotic-romance 'Fifty Shades of Grey' had to be re-shot reportedly due to lack of chemistry between the lead actors Jamie Dornan and Dakota Johnson. 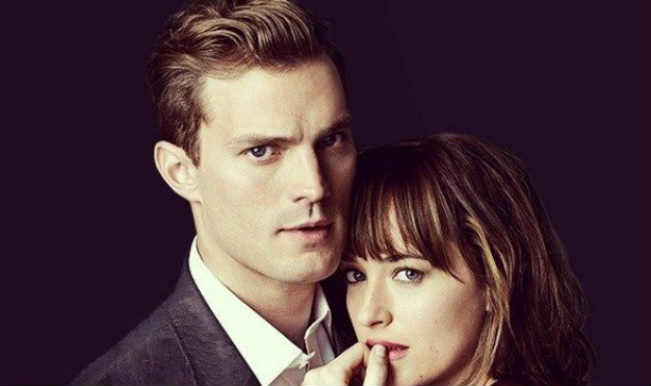 Los Angeles, Oct 25: Upcoming erotic-romance ‘Fifty Shades of Grey’ had to be re-shot reportedly due to lack of chemistry between the lead actors Jamie Dornan and Dakota Johnson. The film is based on EL James novel of the same name, which traces deepening relationship between a college graduate, Anastasia Steele (played by Johnson) and a young business magnate, Christian Grey (Dornan). Also Read - Fifty Shades Freed Teaser Video: Hot Scenes of Christian Grey and Anastasia Steele Will Turn You On

The producers felt the footage was not passionate enough and as they have plans for the film’s sequels they want it to be perfect, reported Aceshowbiz. “Dakota isn’t coming off sexy enough,” a source said. “Ana needs to be naive, not a dish-rag. They want to do sequels, so this has to be perfect,” another source added. Last week, Dornan and Johnson were seen in woods near Vancouver to do-over their scene. He sported a black leather jacket and she donned a brown jacket. They were seen filming a kissing scene. Director Sam Taylor-Johnson was spotted on the set as well. Read 50 Shades of Grey trailer is most-watched of 2014; amasses over 36 million views Also Read - Dakota Johnson Nude Pictures Leaked Online: Fifty Shades Actress Devastated on X-rated Private Photo Leak

Universal Pictures, however, has denied reports of poor chemistry, saying the actors’ intensity is unquestionable. The film is due Stateside February 13, 2015. Luke Grimes, Rita Ora, Eloise Mumford, Max Martini and Victor Rasuk are among the cast.