Salman Khan's hairstyles have changed many a time throughout his Bollywood filmy career, follow his career through his hair transformations.

Salman Khan and his family have been the focus of a lot of media attention in the past few weeks due to younger sister Arpita Khan’s glamorous wedding to longtime love Ayush Sharma.Also Read - Arjun Kapoor Fat to Fit Journey And Jaqueline Fernandez's Fitness Secret And Workout Routine| Watch Video

While the rest of the world was ooh-­ing and aah-­ing over the gorgeous wedding spread, I was busy analyzing a few other minute details — mainly, the evolution of Mr. Dabangg’s hairstyles over the past several years. Also Read - Reports: Ranveer Singh And Deepika Padukone To Bid For A New IPL Team? Watch Video To Find Out 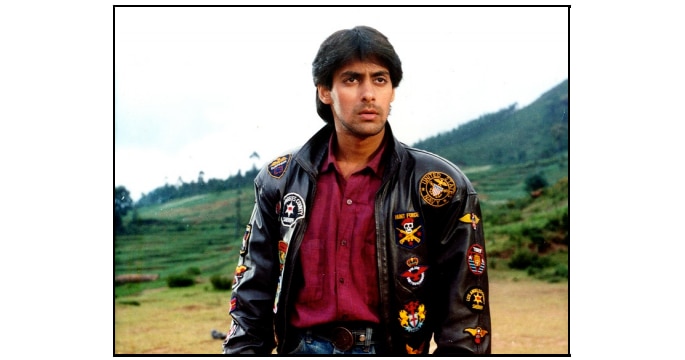 Remember the pre-­six-­pack and full­-head­-of­-hair days? Salman’s hairdo has never quite looked as good (or as full) as it did during “Maine Pyar Kiya.” Between the hair, the classic love story and his iconic leather jacket, it is no wonder this movie successfully launched Salman’s filmy career

In “Saajan,” Salman’s character, Akash, intermittently enjoyed some business-­in­-the-­front and party-­in-­the-­back style action. In my opinion, this hairstyle is without a doubt the easiest way to make a person immediately unattractive, and Salman was woefully no exception. But I guess Madhuri Dixit’s character, Pooja, was able to overlook the ridiculous hairstyle on this movie’s heroes (that includes you as well Sanjay Dutt) for the sake of their brilliant poetry.

3. The Beginning of the End 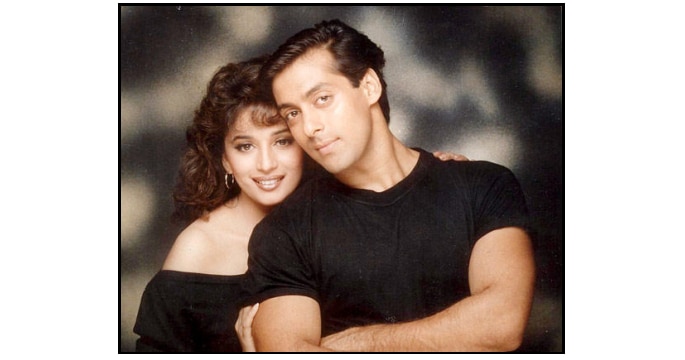 By the time Salman Khan starred in “Hum Aapke Hain Kaun,” his hairline had started to visibly recede, as you can see in the picture above. But hey, a little extra forehead did not hamper Prem’s premi kahani in this Bollywood classic. This deep side­ part look stayed with Salman through most of his movies in the mid-to-late 90s.

This love story of epic tragic proportions started out with possibly Salman’s worst look yet. Although India’s admiration for all things Sallu Bhai could easily be seen by the way this hairstyle took off across the country. But thankfully by the end of the movie, the ill­-fated hero who was sporting a nearly bald look goes to show that sometimes less is so much more.

Okay, I lied. The dreaded middle part from “Tere Naam” was not Salman’s worst look. I think that honor is better bestowed upon his ridiculous look from “Mujhse Shaadi Karogi.” I am just going to assume that all these bizarre looks were failed stylist attempts at covering up his receding hairline. Yes. That theory sounds good. 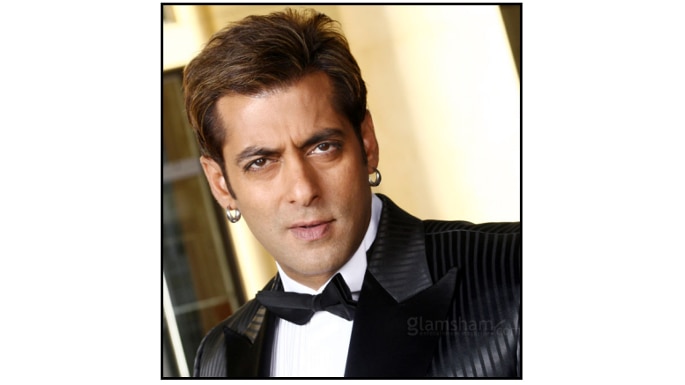 Rumors have been circling for years that Salman has his fair share of experience with hair transplants. Some of the stories even discuss a botched hair transplant that happened in 2003. Ultimately after 2007, Bollywood movie viewers everywhere would be hard-­pressed to ignore their Bhai’s refreshed head of hair. No comment on some of the other styling choices in the picture from “Yuvraaj” above …particularly the earrings.