After Heropanti and Baaghi, Tiger Shroff is back with his charm, this time the Bollywood is making his presence felt on the screen with superhero movie A Flying Jatt. Though all superhero movies are high-octane, action-packed movies, this one is a light-hearted movie. The Tiger Shroff, Jacqueline Fernandez, Nathan Jones, Kay Kay Menon, and Amrita Singh starrer A Flying Jatt is bound to become a favourite among kids for the obvious reason that this movie is not a serious superhero movie. It is a movie about a superhero in training. A superhero who could rather excel in anything but become a superhero.Also Read - Nora Fatehi is The Victim: Actor's Team in Official Statement After ED Questions Her For 8 Hours

Tiger Shroff’s comedic element in between all the action is a fresh change in the genre of super hero movies in Bollywood. Can you even imagine a superhero who is afraid of heights! Well in A Flying Jatt the 26-year-old star amazes with his comic timing and also his cute romantic side suspended in midair with some really lovey-dovey song sequences with leading actress Jacqueline Fernandez. (ALSO READ: Is Tiger Shroff’s Flying Jatt a hotter superhero than Hrithik Roshan’s Krrish and Shah Rukh Khan’s Ra.One?) Also Read - Pandora Papers: Jackie Shroff, Tiger Shroff, Krishna Shroff Linked to New Zealand Trust, Swiss Bank Account? All You Need to Know

There are some amusing slapstick moments in the movie,some song-and-dance sequences and an overbearing typical Bollywood mother. A Flying Jatt seems like a well-rounded movie, that has a little bit of everything be it comedy, romance, action. The movie released today, August 25, check out what some of the movie critics have to say about Remo D’Souza’s A Flying Jatt starring Tiger Shroff. Let’s see if this Jatt actually kicks butt or not! (ALSO READ: 9 cardinal sins Tiger Shroff’s Flying Jatt superhero should never commit!) Also Read - Jackie Shroff's Wife Ayesha Shroff Breaks Silence on Pandora Papers, Trust Made by Her Mother 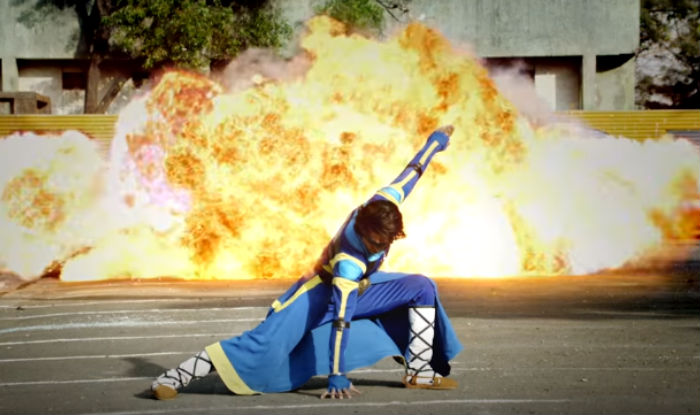 The NDTV review reads:  A Flying Jatt is so whimsically infantile in its conception of a homegrown Superman-like crime-buster that it never gains any height. Even for those that are suckers for superhero actioners, the film lacks the punch required to pass muster.  A Flying Jatt, anchored by a glassy Tiger Shroff whose acting skills are still pretty rudimentary, delivers a truckload of trash that inevitably stinks to high heaven.

Flying on a wing and a prayer, this film about a young Jatt in a rut is a yawn-inducing exercise that only gets worse with every passing frame, each as fatuous as the previous one.  Poorly mounted, abysmally acted and dreadfully tedious, A Flying Jatt, directed and co-written by choreographer Remo D’Souza, flies on empty.

The Filmi Beat movie reviewer Vinod Dsouza has given A Flying Jatt 3 out of 5 stars. The review says: A Flying Jatt, gives a good dosage of comedy, action and dance, as both Tiger Shroff and Jacqueline Fernandez are involved in making the audience chuckle. The movie, has shown Tiger Shroff in a never seen before avatar which will make you fall in love with him. If you love dance, stunts and good VFX then this film is for you. The kids would surely love all these elements and we leave it up to you to decide whether you want to give it a shot or not! Overall it’s a good entertainment movie. 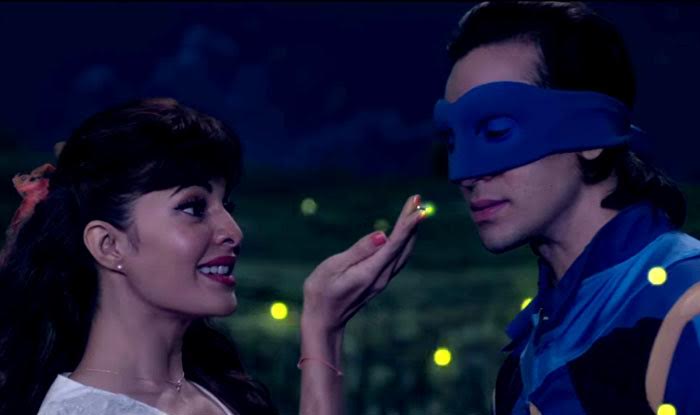 Bollywoodlife has given the Tiger Shroff starrer 2.5 stars out of 5 star. The reviewer says: Tiger’s likeability and easy charm play a very big role in making this Jatt somewhat entertaining. He’s already proved his mettle at dance and action in his first two films, Heropanti and Baaghi. Stepping out of his comfort zone, he tackles comedy and tries something new with Jatt. As the blue masked super hero, Tiger is spot on.A Flying Jatt would have soared had it not compromised its second half and become a preachy documentary on global warming.

Bollywood Hungama has rated A Flying Jatt 3 out of 5 stars. The review reads: Bollywood has witnessed superhero films in the form of KRRISH, RA. ONE and a handful of others. This week’s release is A FLYING JATT, which stars Tiger Shroff, Jacqueline Fernandez and Nathan Jones.On the whole, A FLYING JATT has the ingredients that make an interesting superhero film. A section of the audience might find the film’s proceedings to be corny; however, the mass audiences and kids might take a liking for the film. At the Box-Office, the film has the potential to fly, though, not to great heights. The extended weekend will help the film reap dividends at the Box-Office. 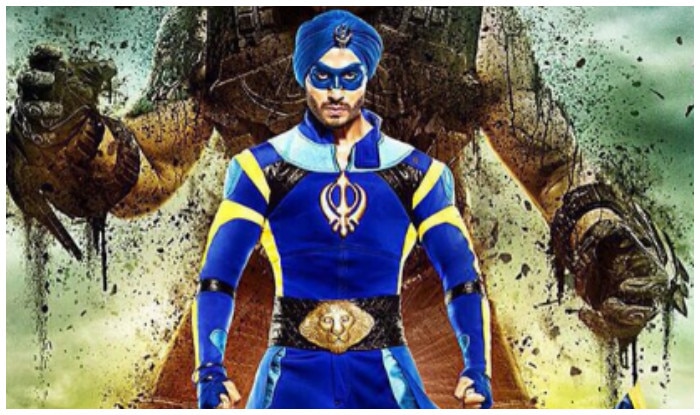 The Statesman reviewer seems rather disappointed with Remo D’Souza’s A Flying Jatt starring Tiger Shroff. The movie has been given a single star out of five.  The review reads: Tiger shines in action and dance sequences but that’s about it. Amrita Singh shouts and hams in all her scenes and so does Jones who howls, growls and makes mean faces in every scene. It does get intolerable after a while. This was a part that required an actor with greater range. Jacqueline has nothing to offer. She could have been replaced by Katrina Kaif or Zareen Khan in the middle of the film and no one would notice. Simply put, this film should have aptly been a 15 minute public service message on how to keep your surroundings clean and preserve the environment but ends up being an elaborate ‘Swachh Bharat’ advertisement. In no way does it justify its yawningly long running time of roughly 150 minutes.