Would we have given a damn about Satyamev Jayate if the timing slot would have clashed with the India Pakistan match? 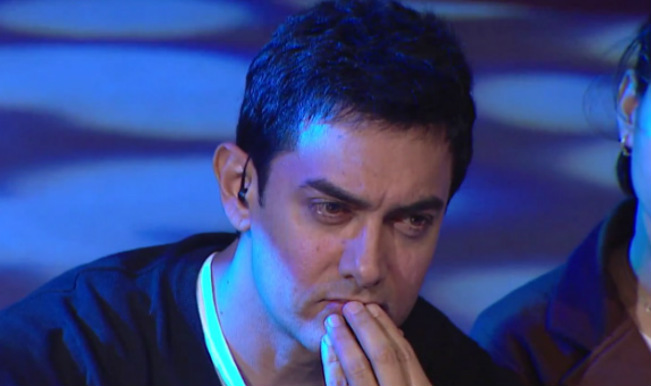 Although it was speculated, that this time the first episode of Satyamev Jayate will start from where it ended the last time. It was dedicated to Darshrath Manjhi, who inspired Aamir Khan a lot by his toil of carving out a road by cutting through a hill, but instead the issue of concern for Aamir was something else. Also Read - Indian Navy Inducts Two American Predator Drones On Lease, Can Be Deployed On China Border

In the introduction Aamir addressed the viewers that it is his bit of social responsibility that he is doing and not a mere act to judge people rather discuss about the issues and bring out a solution for the same. Also he ensured the viewers that today’s topic was a thin skinned subject and children below the age of 12 should be restricted from watching the show it was about Sexual atrocity, stemming from the main issue of Delhi gang rape case. Also Read - Ira Khan Dating Aamir Khan’s Fitness Coach Nupur Shikhare? Here’s What We Know So Far!

Although Aamir was vary of disclosing the topics and the issues that he will highlight in the show since he liked to keep it under wraps and wanted to present it to the people on the go. He didn’t want us to all be biased rather bored already knowing about the topic and judging it before even watching. Also Read - India’s Ban on 43 Chinese Apps May Affect Beijing’s Digital Silk Route Ambitions | Here’s How

He is aware of the fact that not everyone appreciates his start with the show, some people criticize the show rather believe it’s a publicity stunt to garner more attention but Aamir sticks to his agenda without giving much attention to the TRP ratings and success or failure of the show. This year around the show has come up with a better website which is more vibrant and energetic and more likely to attract people.

The format of the show is a bit different from the previous ones; the show is now divided into three parts. And the time slot perfect for all the lazy slumbers to not miss out the show.

He painted a picture of the reality of the victims of many such crimes. The episode dealt with how the three main basic foundations of Police, medical aid and court dealt with the gruesome crime in the country. He gave figures of the rape cases, and the number of convictions and pointed out to the fact that only half the cases are reported. Many known and unknown faces like Justice Usha Mehra, Amita Gupta, a social activist and others joined him for the discussions.

He brought it to the picture that age is no bar for the crime doers be it kids or older women the accused doesn’t care about it ,and also that it is not about the sexual urges but rather about the power and to show who has the dominating upper hand. In the 21stcentury the nation has come to a standstill confronting with such heinous crimes yet no still no change.

Aamir said, “In the end we don’t have to blame the system, it is actually about the mindset of the people. Society should target the accused instead of making it difficult for the victim.”

He added, “We should not compromise to fear. A nation changes when people raise their voice against the atrocities.”

He made it a point to mention about ‘One stop rape crisis centre’ and the dire need to imply it efficiently.

In between before any commercial ads he brought up the ‘Vote for change campaign’. Although they should cut down on the number of commercials and also the two hour time slot seems to make some people restless with such intense confrontation with the issues. In addition sometimes the dubbed Hindi apart fails to convey the emotions clearly although Hindi is used to simplify it and break it down to the audience residing in every nook and corner even the small town people.

The show concluded with an as usual amazing performance by Sona Mohapatra singing the song ‘Bekhauf azaad hai jeena mujhe’ along with the rest of the percussionists.

We wonder would we have given a damn about Desh ki fikr if the timing slot would have clashed with the India Pakistan match today?