Aamir tweeted a picture of good friend Salman and him using a tree as a toilet. 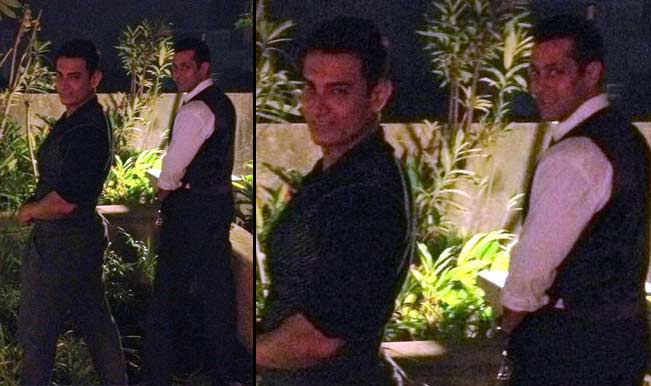 It’s no big deal for Indian men to attend to nature’s call in the wilderness – or better still – on the road, on a wall amidst high traffic, or on the green lawns and the trees. Sadly, India’s superstar Aamir Khan too is one of those men. Also Read - MS Dhoni Watches Shahrukh Khan's Last-Ball Six to Win Syed Mushtaq Ali Trophy 2021 Final, Pic Goes Viral; Fans Calls Tamil Nadu Batter CSK's Next Finisher

Aamir, who became most famous for talking openly about taboo social problems on his chat show Satyamev Jayate and even made it to the international cover of TIME magazine, did not think twice before sharing this image.

Strangely, Aamir tweeted this to promote his friend’s movie Jai Ho that releases this week. Normally off Twitter, he’s been talking about the film regularly on the platform Does this mean that the Jai Ho aam aadmi pees and defecates on the street? We dunno. For Aamir’s act and his dostana, of course, we’re supposed to take it lightly, just like we did during his expletive-laden film Delhi Belly.

But more than Satyamev Jayate, we think Aamir has forgotten that he has appeared in  Incredible India tourism ads of the Indian government where he urges on Indians exactly to refrain from acts like the one Salman and he are indulging in. Is it that the normally boring Khan (courtesy Mahesh Bhatt) has now developed a sense of humour? Or better still, he did it to take the media attention away from Shahrukh Khan’s accident this morning. Is it?

Here’s what people are saying about Aamir Khan on Twitter:

@aamir_khan now i know why we have donkey jargon’s on every wall…you guys are the one who spread wrong unhygienic msg to young generation!

Whatever happened to preaching people not to do this in those incredible India ads? @aamir_khan @UtsavMitra.

@aamir_khan If you really did it there, the plant will die!