Aamir Khan to launch 8 PK posters instead of 10?

With Aamir Khan donning a new avatar in each poster, everyone's curiosities are hitting the roof right now. P.K has definitely become the talk of the town. Aamir has decided to launch a series of 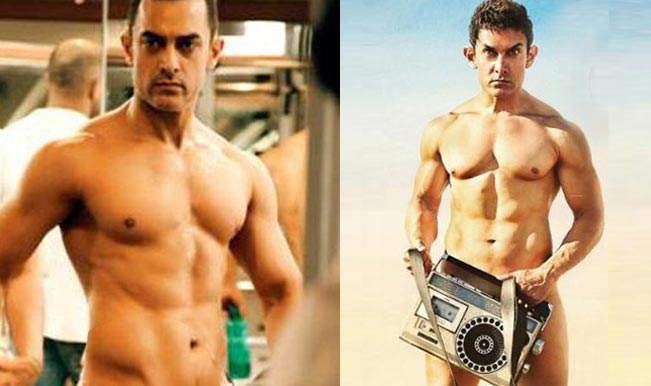 With Aamir Khan donning a new avatar in each poster, everyone’s curiosities are hitting the roof right now. P.K has definitely become the talk of the town. Aamir has decided to launch a series of 8 posters at regular intervals before the release of the film. He will personally look into the creative of each poster. Also Read - Bollywood Drug Case: Shraddha Kapoor Confirms Sushant Singh Rajput Used to Take Drugs in Vanity Van Amid Shooting

Our secret birdies tell us that the idea was to launch 10 posters in the beginning but later the number was reduced to 8. Speculations are rife if the original plan was to show Anushka Sharma and Sushant Singh Rajput in as risqué avatar as that of Aamir himself. Now it looks like the makers of PK  have decided to curb their creative endeavour considering the backlash Aamir revived on posing in the buff. Also Read - Rhea Chakraborty Makes Shocking Revelations on SSR's Relationship With His Father in Fresh Bail Plea

With Aamir Khan dressed as a police officer, the 3rd P.K poster has taken the buzz around the film one notch higher. The speculation around Aamir’s character in the film is getting bigger and bigger with the unveiling of each poster.

Even poster took everyone by surprise by first showing Sanjay Dutt in the same Rajasthani attire of Bhairav Singh, that Aamir Khan sports in the 2nd poster, followed by Aamir’s entry as the police officer.

The poster has created a stir since it got launched last week and has been trending big time on social networking sites.