Aamir Khan's Birthday: The superstar is expected to cancel cake-cutting celebration and media interaction on his 55th birthday on Saturday amid COVID-19 (coronavirus) scare. Read the detailed report.

Actor Aamir Khan is celebrating his 55th birthday on March 14, Saturday. One of the reigning superstars of the country, Aamir has a way of celebrating his birthday every year. He cuts a birthday cake with the media followed by an interaction. On most birthdays, he also makes a big announcement. Last year, he had announced that he was working on the official Hindi remake of Hollywood film Forrest Gump. However, this year, things seem different. Also Read - Entertainment News Today, March 13: Anil Kapoor Wears a Mask at Malang Success Party But Removes it Later - See Photos

Amid the outbreak of COVID-19 (coronavirus), Aamir is not expected to continue his birthday celebration with people. Various reports suggest that the actor will be opting for a quiet birthday celebration this year. So, while his fans can expect an interactive video or a birthday special photo tomorrow, an interaction with the paparazzi and cake-cutting ceremony look impossible. Also Read - Tom Hanks-Coronavirus Health Update: Actor Says he And Rita Wilson Are in Isolation, Positive About Recovery

Further, Aamir is shooting for Laal Singh Chaddha and was recently clicked at the airport. The team of the film has flown to Punjab to resume the shooting. Even the actor’s leading lady in the film – Kareena Kapoor Khan has moved to the north to finish shoot for her part. The pictures of Aamir and Kareena from the airport went viral yesterday. Check this out: Also Read - Coronavirus Scare: Priyanka Chopra Jonas Promotes 'Namaste' to Fight COVID-19 in Her Latest Instagram Post 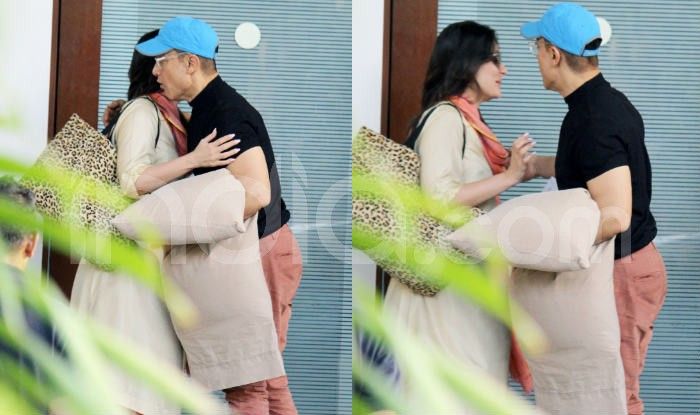 So while for his fans, it would be a major disappointment seeing their favourite star cancelling all the big celebrations, a small private celebration won’t harm anyone. Aamir has his own ways of expressing love for his fans and it would be interesting to see what the actor has got in store for them this time!