Aamir Khan’s body transformation for Dangal: Before and After! (Video)

Watch Aamir Khan go from fit to fat for Dangal! 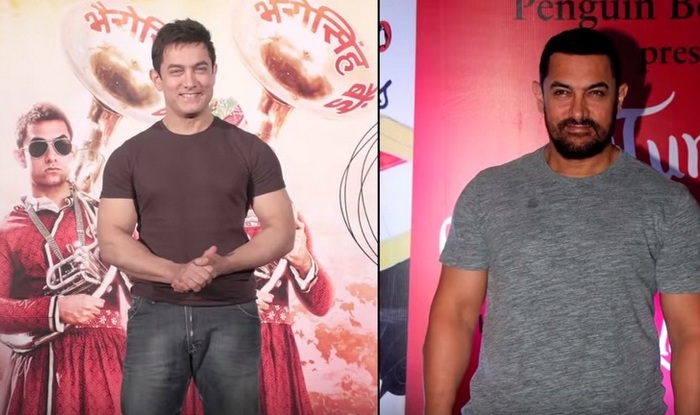 Aamir Khan is unarguably one of the most versatile actors we have in India. He prepares for every film role, or even for hosting a TV show like his Satyamev Jayate, with utmost detail. Just check his repertoire – right from Qayamat Se Qayamat Tak to Jo Jeeta Wohi Sikandar, Sarfarosh to Rang De Basanti and Mangal Pandey, from Lagaan to Dil Chahta Hai, from Taare Zameen Par to Ghajini; 3 Idiots to Talaash and PK, he has looked the part. (ALSO READ: Top 3 Aamir Khan patriotic films you must watch) Also Read - Salman Khan to Become Prem of Maine Pyar Kiya For Aamir Khan's Laal Singh Chaddha, Shooting on Jan 8

In PK he was so slim for his role as an alien, with six-packs, and now for his latest film Dangal, Aamir Khan has yet again undergone a transformation! He has put on weight to look like the heavyset wrestler Mahavir Phogat that he is playing. Also Read - Shah Rukh Khan, Ranbir Kapoor, Fardeen Khan – Get Ready For These 9 Bollywood Comebacks In 2021

Watch Aamir Khan’s transformation for his role in upcoming film Dangal, and you will be amazed! Who says only Christian Bale can do it?