Aamir Khan’s PK will be released in 5000 screens! 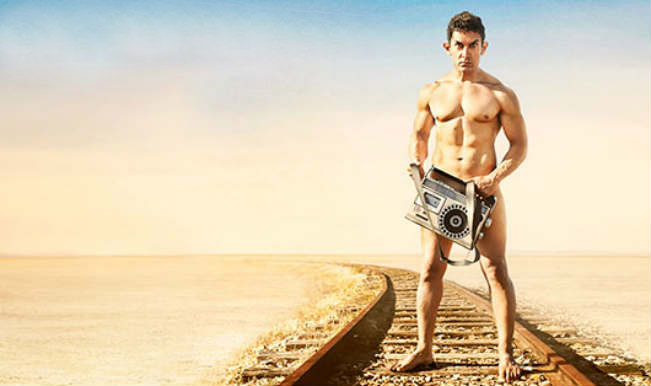 Aamir Khan’s PK is all set to hit the screens. Clearly, the most awaited movie of the year this Rajkumar Hirani venture is expected to get an incredible welcome from the cinegoers.3 idiots has set a benchmark with the kind of emotional appeal it generated and the record amount of moolah it raked in at the box office. No wonder movie aficionados- well as the producers of the film- have high expectations from the film that stars Sushant Singh Rajput and Anushka Sharma besides the megastar Aamir Khan. Also Read - Laal Singh Chaddha: Aamir Khan-Naga Chaitanya's Jodi Compels Makers To Amend Script? Deets Inside

The film marks the return of the hit jodi of Aamir Khan and Rajkumar Hirani after 5 years. Their last release, 3 Idiots, ran on screens for more than 4 weeks and went on to break all opening box office records in India. Having no other big film lined up in December , PK will get a good number of screens and the makers are hoping to touch the golden box office figures. Also Read - Movies to Watch Out For in 2022: From Alia-Ranbir's Brahmastra to Katrina's Merry Christmas

Each and every multiplex owner wants to cash on the it. Exhibitors and trade journalists are betting high on the film. PK is all set to be one of the biggest release in India.

Now you tell us Indians will PK set the new record at the box office with its collection? Will it be a bigger hit than Salman Khan’s Kick and Shah Rukh Khan’s Happy New Year?