Aishwarya and Aaradhya are the most adorable mother-daughter duo of tinsel town.

Aishwarya Rai Bachchan and Abhishek Bachchan‘s six-year-old munchkin, Aaradhya Bachchan, is no less than a celebrity. Gone are the days when Aishwarya and Abhishek used to protect Aaradhya from shutterbugs as they made their way in public; she seems to have developed quite a bond with shutterbugs. Also Read - Pratik Gandhi on Comparisons With Abhishek Bachchan, Breaking Stereotypes Around Gujarati Characters, And Vitthal Teedi | Exclusive

Aishwarya is always accompanied by her daughter at several places such as weddings and several other events. It seems that they are inseparable. Earlier today (in the afternoon), Aaradhya was spotted with mommy Aishwarya Rai Bachchan at the airport twinning in blue. No doubt, Aaradhya looked super-adorable as she strikes a pose with her beautiful mommy. Also Read - Jodhaa Akbar Set Caught Massive Fire in Karjat, No Casualties

Aishwarya and Aaradhya were snapped as they were returning to the city, making their way out of the airport. The doting mother-daughter duo wore identical T-shirts of Abhishek Bachchan’s football team, the Chennaiyin FC. The two completed their look with Denims and sneakers. Aishwarya carried a big tote, while Aaradhya as always sported a white hairband. I am sure, she has a love for big hairbands. Also Read - Nikita Dutta Shares Experience of Working With Abhishek Bachchan in The Big Bull: I Was Nervous, But He Made Me Comfortable 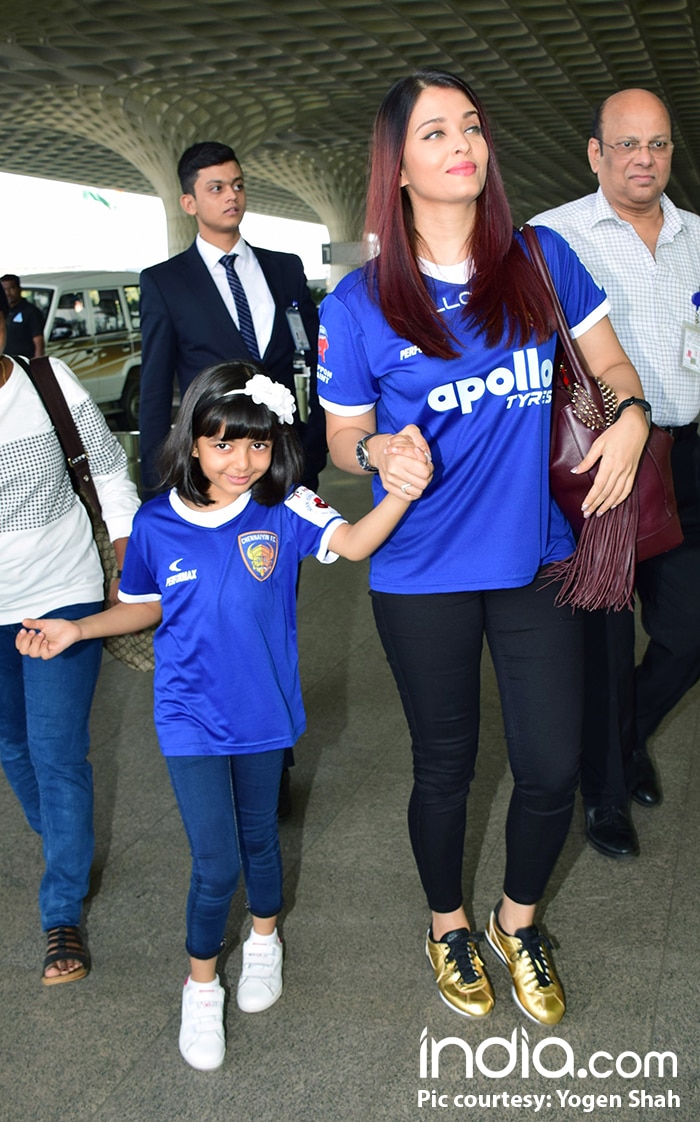 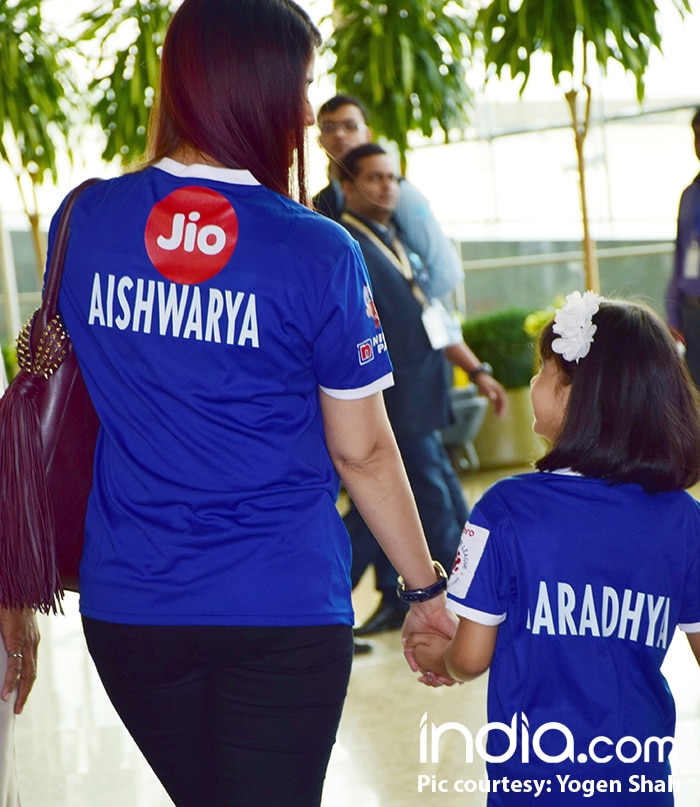 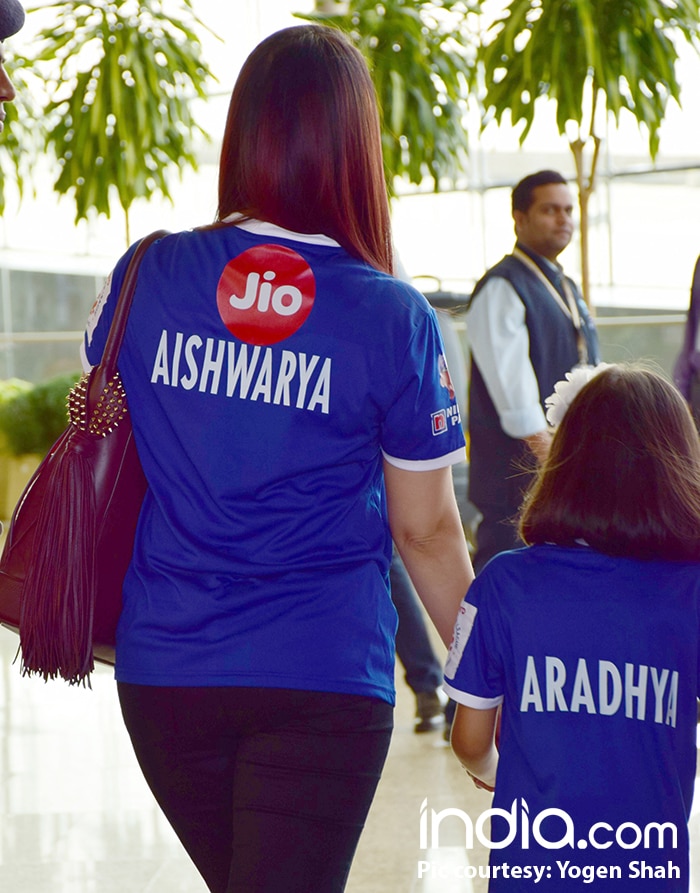 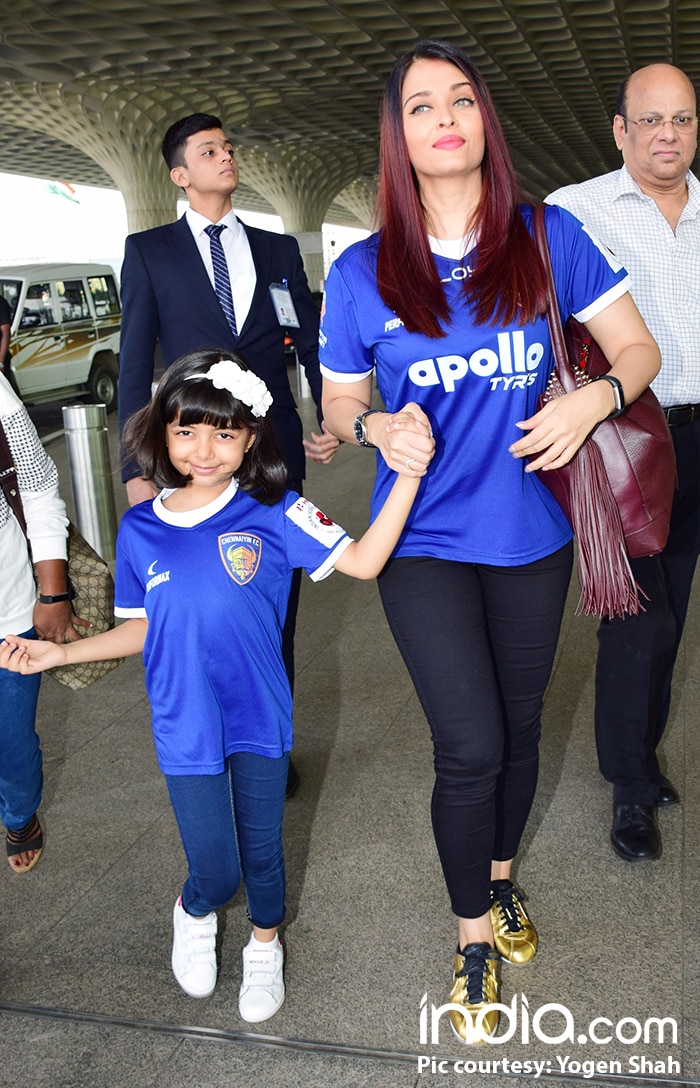 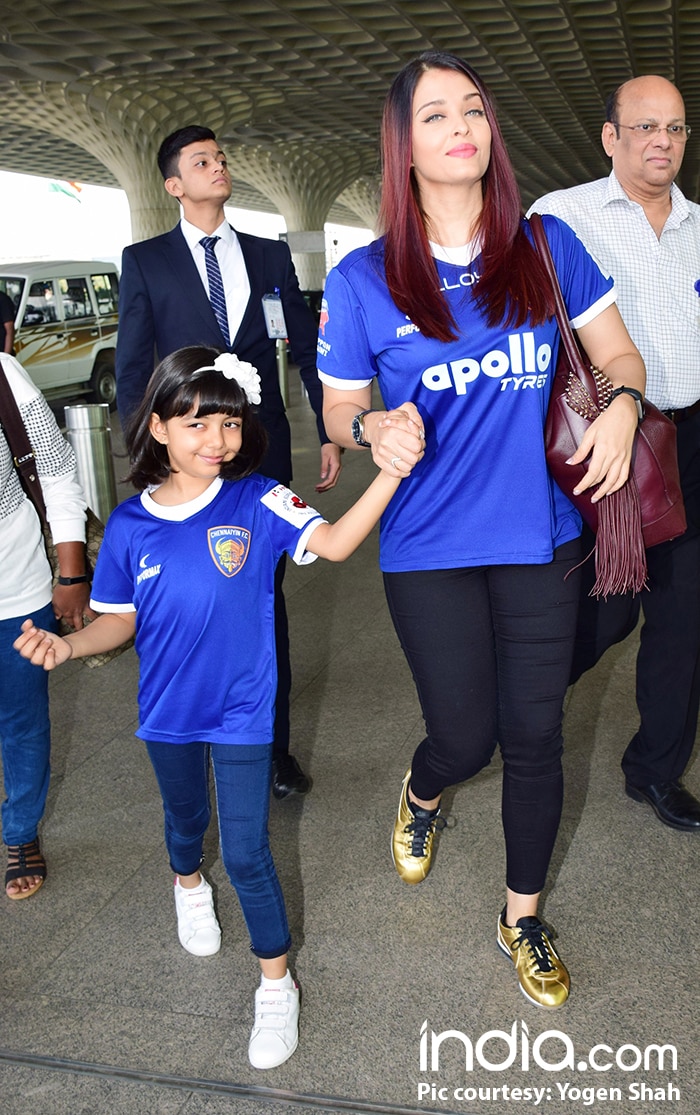 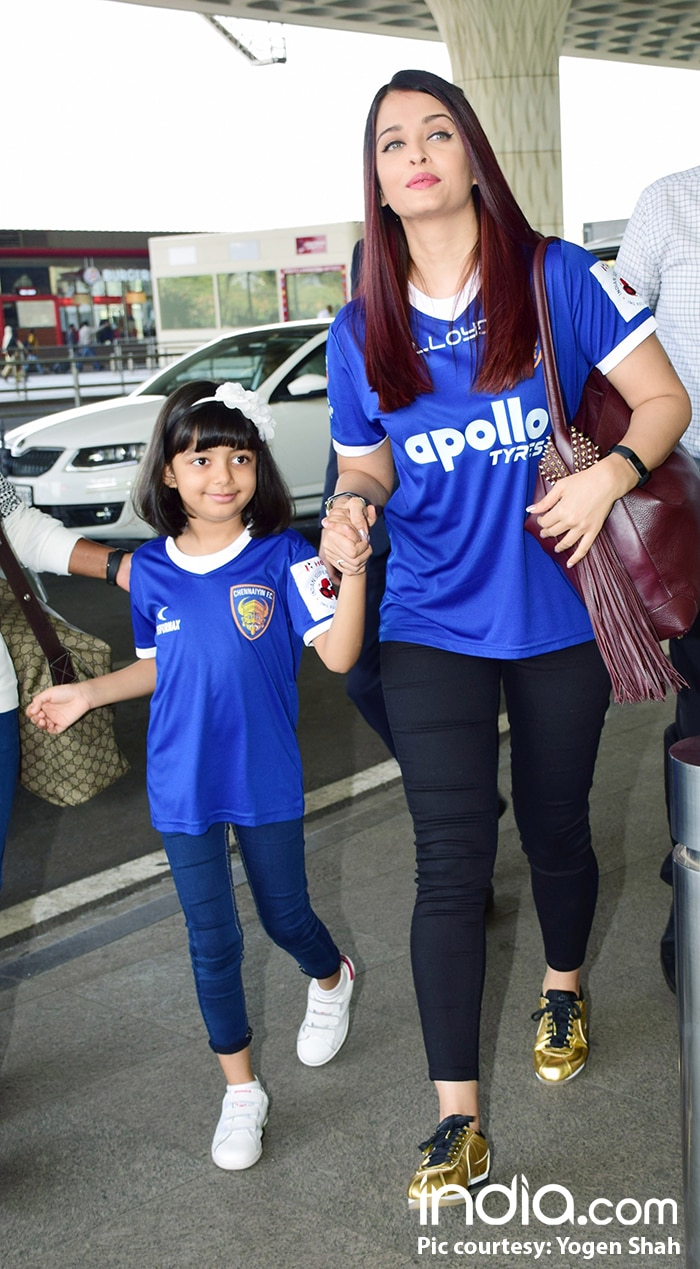 Aaradhya and Aishwarya Rai make one gorgeously stylish mother-daughter duo. No doubt, they are the most adorable mother-daughter duo of tinsel town. While Ash is a stunner even at 43, little Miss Bachchan too isn’t lagging behind in the style-o-meter. Don’t you agree with me? Let us know in the comment section below. ALSO READ: Aishwarya Rai Bachchan And Abhishek Bachchan’s Plush Apartment Looks Extremely Regal

On the professional front, Aishwarya Rai Bachchan will next be seen in Fanne Khan opposite Rajkummar Rao and Anil Kapoor. The movie is slated to release in June this year. The actress will also be seen in Raat Aur Din remake; where she will be essaying a double role. Speaking of Fanne Khan, Aishwarya recently wrapped up shooting. Watch this space for further updates.